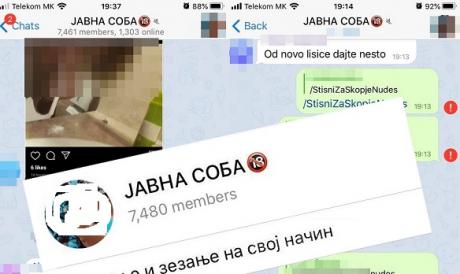 Participants in a Telegram chat group where pictures of underage girls were being shared are openly seeking information about a womanwho reported the group to the police.

The group had a large following in Macedonia and it had people exchanging contact information and pictures for girls, some of them underage. The “Public Room” group was investigated after the sharing of pictures of underage girls was reported to the police.
Now members were spotted seeking information about the person who reported them. They are speculating that it is a 22 year old woman who joined the group, and have recently shared photographs allegedly of her.

“Put her picture up, let’s give her a nervous breakdown”, one of the users of the group said.

At the peak, over 5,600 people had joined the group. It was broken up last year and its administrators were under investigation but now it is active again.