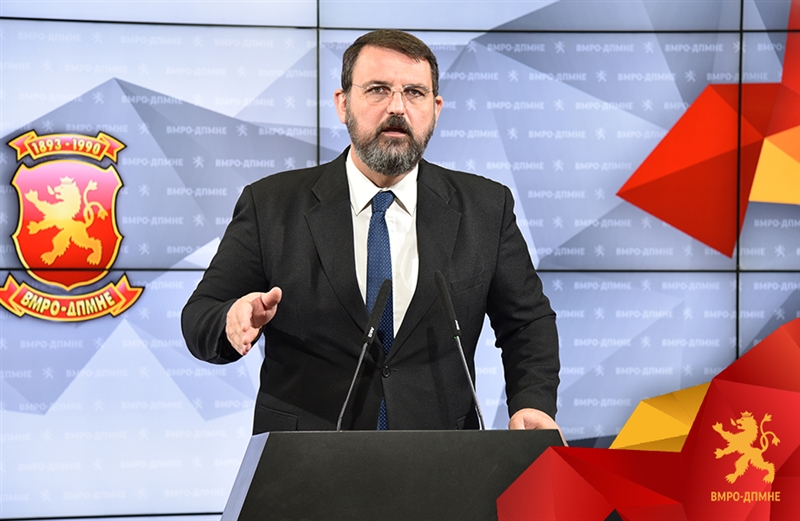 During a press conference, VMRO-DPMNE spokesman Naum Stoilkovski presented details about several little known companies from Strumica, the stronghold of SDSM party leader Zoran Zaev, who have collected astronomical sums in tax rebate. In the first five months of the year, these companies have received over five million EUR in value added tax returns, which far surpasses the amount received by some major companies.

The companies are Arena Metal, Dzoks Premium, Netkom Plus, Vinas Tekstil and Sakaov Trans. They received 5,212 million EUR in tax returns. It would require that they exported goods worth 25 million EUR to receive these sums of money. All the companies are linked in their ownership structure. We ask the tax authority to immediately inspect them. We also ask it to determine whether they are linked to businessman Risto Krmzov, the man who owns the Vila Park hotel, the favorite gathering place of the Zaev family where businessmen are urged to come and pay their extortion money?, Stoilkovski said.

The VAT tax is paid back to a company if it can show that it added value to a raw material it purchased, but it has frequently been abused for fraud by politically linked companies using creative systems of creatively purpose made companies.