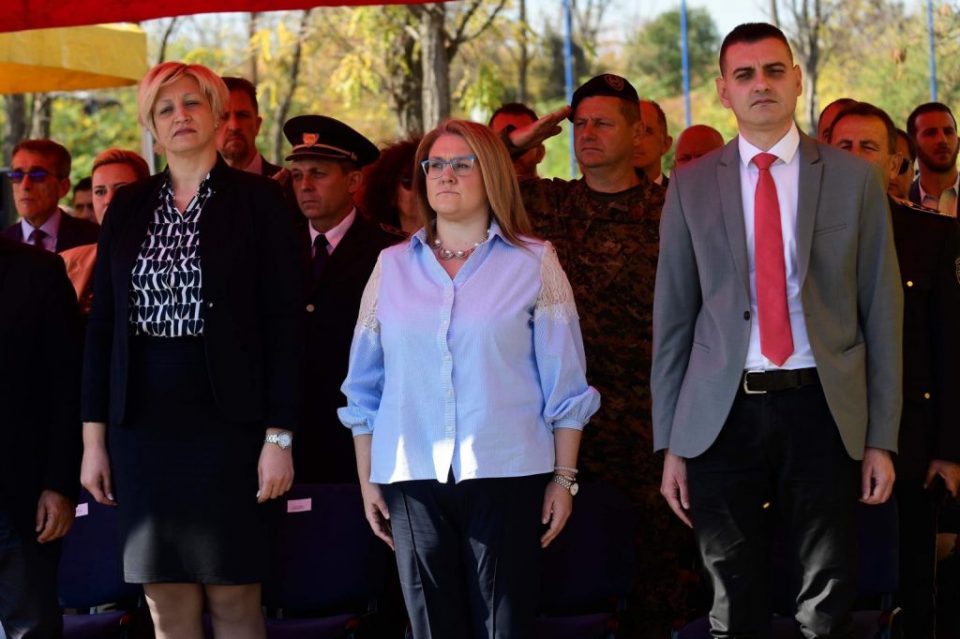 SDSM’s proposal Slavjanka Petrovska to be an additional deputy interior minister in the interim government has drawn public attention to the candidate’s vocational qualifications in comparison to the  opposition’s candidate.

If you look at Petrovska’s meager biography, you will see that in MoI she comes as Oliver Spasovski’s technical assistant as a junior associate in the protocol department in the Parliament. She has been an assistant to the SDSM MPs for many years. She was a favorite of Radmila Sekerinska, in whose behalf she posted Facebook posts in her SDSM internal fight. Although all of her peer colleagues have graduated and started developing a professional plan, Slavjanka continues with strong party activism in favor of SDSM. Her favorite target is VMRO-DPMNE. There is hardly a week in which she does not attack VMRO-DPMNE’s policies vigorously. As a supporter of Sekerinska, she stands firmly behind Stevo Pendarovski’s candidacy, but also behind Zoran Zaev.

After being promoted by Spasovski from an ordinary technical assistant to a state adviser and head of his office, she and Mitko Bojmacaliev from Kumanovo, also promoted to an adviser at the MoI from the Parliament, become the two most zealous Facebook megaphones of SDSM policies and attacks against VMRO-DPMNE. Without any additional qualifications and values other than party, Slavjanka is a hard party SDSM solution for the MoI department.

With any proven and experienced member of the security system she will not be able to carry on and hence is the whole orchestrated canon of Zaev attacks on the concept of professional and prominent figures for interim ministers of VMRO-DPMNE.

The public discovered the secret hacienda of the Minister of Defense, let her donate it to humanitarian purposes, VMRO-DPMNE says

Petrovska: Despite being most recent NATO member, Macedonia has proven it can serve as model that actively contributes to region’s stability and security

The only wrong decision was the Russian aggression against Ukraine, and not ours to help Ukraine, says Petrovska