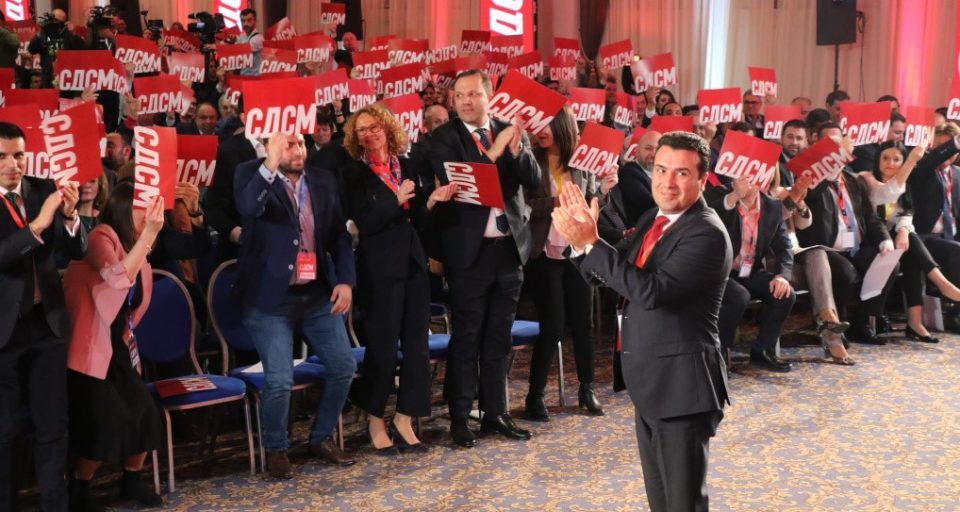 While the public was focused on the divisions in DUI, where the Skopje wing of the party briefly rebelled against the proposed Government, a more significant, but less public purge was effected in the SDSM party.

The new proposed Government sees SDSM ceding some substantial ground to DUI, which will control the Finance and Public Administration departments and gains a Deputy Prime Minister who will have some sort of veto power over the Prime Minister, but it actually has Zoran Zaev in a stronger position than before. This Zaev accomplished at the cost of the Skopje or “urban” wing of his own party, with which he has often had an uneasy relationship.

Zaev has surrounded himself with local operatives, often coming from more rural parts of the country, like himself. SDSM, on the other hand, has historically been the party of the Communist era elite, concentrated in the Skopje based universities, diplomatic cocktail circles and institutions of Government, and many from this “urban” wing have openly disparaged the new party leader as “rural” or using even worse language. Zaev’s deputy party leader Radmila Sekerinska, seen as the ultimate Skopje insider, has kept this wing of the party in check and has remained loyal to Zaev, gaining a major concession from him in the nomination of Stevo Pendarovski over Zaev’s loyalist Oliver Spasovski as President in 2019.

But now Zaev removed some key “urban wing” officials from the proposed Government. Gone are law professor Renata Deskoska and Damjan Mancevski who was Public Administration Minister that is going to DUI. Deskoska’s replacement, Bojan Maricic, is an integral part of the diplomatic circles in Skopje, but was also a confidant of Zaev as his foreign affairs adviser. Meanwhile, Zaev defended the post of Oliver Spasovski in the powerful Interior Ministry and had another loyalist Ljupco Nikolovski return to the Government, as Deputy Prime Minister tasked with “fighting corruption”. A similar cadre – Stip Mayor Blagoj Bocvarski – will take over the Transportation Ministry.

The elitist faction will remain well represented – Sekerinska stays on as Defense Minister, Venko Filipce will remain in charge of healthcare and it made a modest gain in the Culture Ministry that goes to Irena Stefoska. It’s potentially most powerful player, leftist ideologue Mila Carovska, is removed from the cash heavy Labour and Welfare Ministry that goes to a far more rural candidate Jagoda Sahpaska, and will receive the “hot potato” education department, where it’s still unclear when and how the school year will begin.

While narrowly avoiding defeat may be enough for SDSM to keep its disparate wings together, it remains to be seen how satisfied they will be with their share of the spoils.