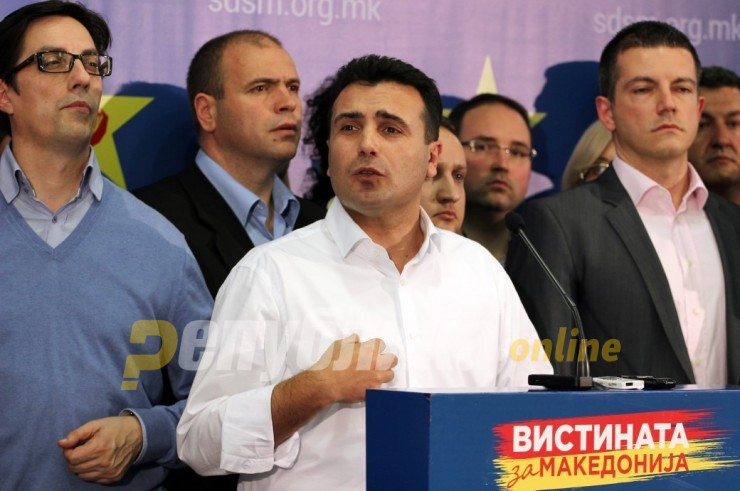 Is Verusevski’s statement given on Monday bringing down “The Truth About Macedonia”? Will it bring down Zoran Zaev, who was believed to be brought to power as the brain of “The Truth About Macedonia” operation? The man who used to be the brain of the operation, testifying in the SPO “Target – Fortress” case claims that “The Truth” is based on materials that were illegally monitored, then modified and compromised. 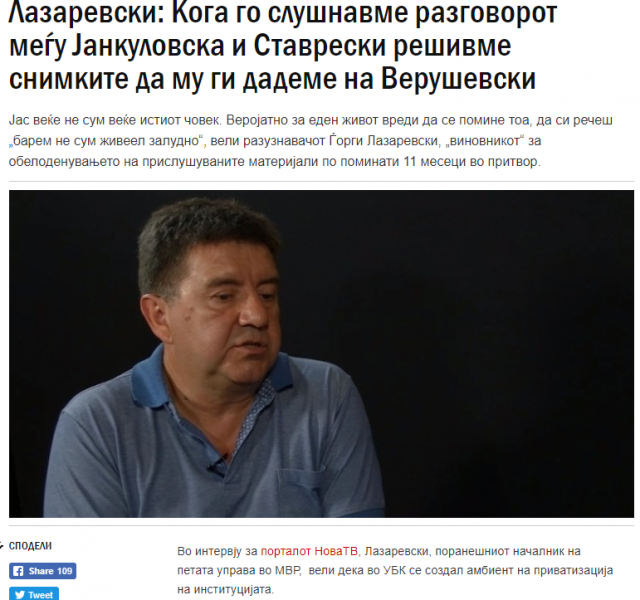 Verusevski’s testimony is fundamentally different from the testimony of whistleblowers, UBK intelligence officers, Gjorgi Lazarevski and Zvonko Kostovski, who claimed that illegal wiretaps that they recorded secretly in the UBK and gave them to him on CDs. He denied his involvement in the takeover of the bombs, claimed that they didn’t end up with him, that he only processed the bombs they had given to SDSM. He said he did not talk to Kostovski, even though Kosovski claimed they had received orders from Verusevski.

I was not providing any wiretaps or other documents. Everything that was pouring into the party was my obligation, but it was up to the leadership to develop the strategy, Verusevski said.

In contrast, Lazarevski said on November 6, 2018 that he and Kostovski had studied how to extract data from wiretaps that were illegal and in large numbers.

A key element when concluding with Zvonko that we should take action was the intrusion into the A1 TV station. It was a sight that said there was a government that would be difficult to control, Lazarevski said.

They told Zoran Verusevski about this, who had returned from a diplomatic mission in Rome.

In a couple of weeks we worked out the extraction system. Zvonko first exported wiretaps at the end of 2010, exclusively SMS messages on DVDs. Everything was sent to me. Then I gave it to Verusevski. I copied them to an external encrypted drive, filled it out chronologically as material went in and kept it with me for three years, Lazarevski said.

Zvonko gave him that drive in the corridors of the Ministry of Interior.

I took it and put it in my pocket. If anyone asked me what I had, I was planning to break it. But in all those situations, no one asked me. At the end of 2010, I gave a copy of the material to Verusevski . That went on for a year, and then we copied it to a memory stick. The table with illegal wiretaps become overwhelming with time. On the same day, we extracted, copied, exported. We called Verusevski a selector because he was creative in selecting the illegal wiretaps. He had to make cuts. Verusevski selected what was needed. At first, we copied from the SDSM opposition. But we found out that many officials from the ruling VMRO-DPMNE were illegally wiretapped. Jankuloska and Janakieski were the most important we extracted, SPO’s chief witness said.

Lazarevski’s testimony goes as far as claiming that Verusevski ordered them to wiretap the then Prime Minister Nikola Gruevski and UBK chief Saso Mijalkov.

At one point, Verusevski asked if Prime Minister Gruevski and Director Mijalkov could be flagged. We thought it was a joke, but we were asked to do it, said Lazarevski. 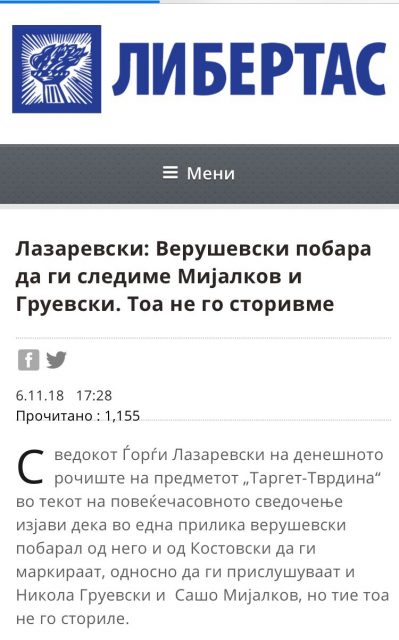 Monday’s testimony of former intelligence officer Verusevski, current adviser to the Prime Minister and SDSM president Zoran Zaev, sheds new light on the mass illegal wiretapping, over which the SPO is leading the “Target – Fortress” case.

If Verusevski is not the brains of this operation, as was believed until now, then who is? On whose order was Lazarevski acting if Verusevski did not give the orders? Why did the whistleblower lie in the statement? 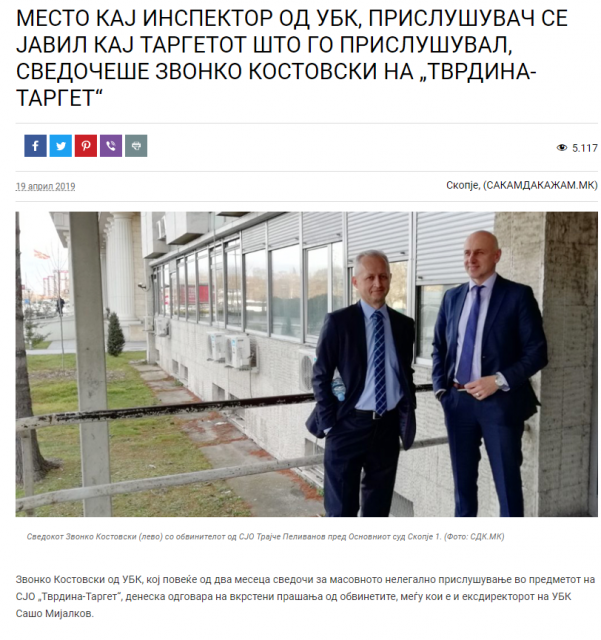