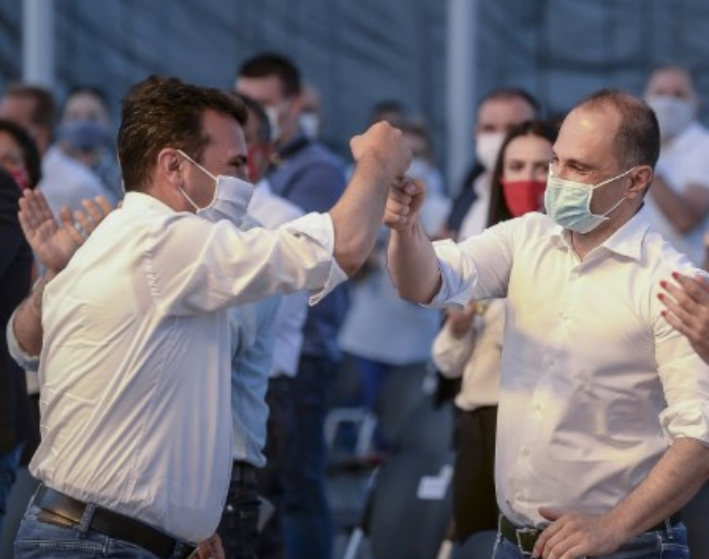 The Telma TV poll, that aired just hours after the SDSM led majority in the Parliament approved an unprecedented special law to give 33 million EUR to Telma’s parent company Makpetrol, continues to stir the public.

The opposition VMRO-DPMNE party, which was showed narrowly trailing SDSM in the poll, and had its leader Mickoski presented as trailing badly behind Zaev – an apparent attempt to stir divisions in the party – called it a corrupt poll, richly paid for with public funds. VMRO campaigned strongly against the Makpetrol law, and insisted that Zaev has ulterior motives that drove him to insist so strongly that it is adopted.

The publication of the poll comes at a time when Zaev is facing dramatic failure in a number of chief policies – mainly the handling of the coronavirus, where Macedonia was left without vaccines and forced to beg for them from Bulgaria; and the Bulgarian veto against Macedonia’s EU accession talks. For months Zaev relied on the two point men in these policies, Healthcare Minister Venko Filipce and ex Foreign Minister, now Deputy Prime Minister Nikola Dimitrov, to shore him up in the polls. But now, the two are being sidelined and Zaev is left more and more to bear the brunt of his policies alone.

It is likely that, to stir public attention from the failure of the Bulgarian policy, Zaev may sacrifice Dimitrov in the coming weeks. A vote of no confidence in Dimitrov is already scheduled and the support of the ruling coalition is in no way assured. He is a transplant to the SDSM party from VMRO-DPMNE and is a convenient fall guy to protect Zaev. Dimitrov was missing from the public eye for five days after the Bulgarian veto, and continues to have a very light schedule, avoid Parliament hearings and tries to weather the storm by hiding. 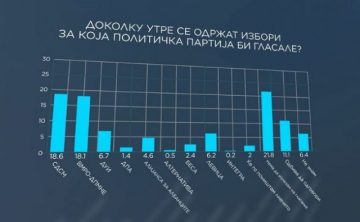 Filipce also greatly reduced his public appearances, at least compared to the initial months of the epidemic, when he held daily press conferences and was the object of a serious PR campaign organized by SDSM. As the country went through the Bajram spike, and then the autumn spike, Filipce stopped his press conferences, and would only surface when there was a relatively positive public healthcare story to be made – or for increasingly immature attacks on the opposition.

With the handling of the crisis and the EU integrations out of the way as potential thrusters for Zaev’s popularity, it is not clear what could take their place.