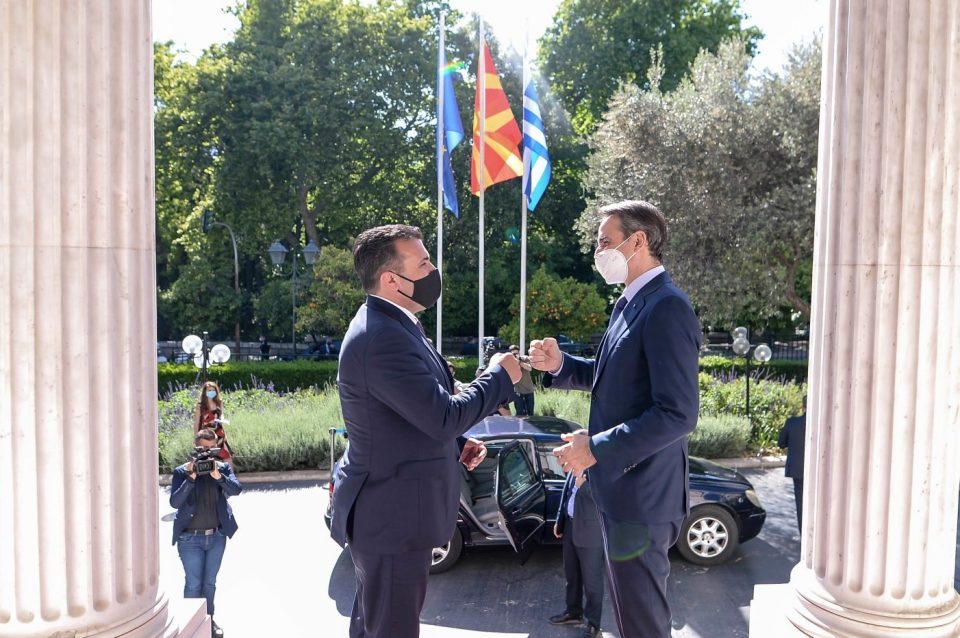 Following his visit to Brussels, where he began to sound off a defiant, “patriotic” note on the dispute with Bulgaria, Zoran Zaev said that Macedonia has nothing more to offer and will wait on the EU to open the accession talks.

Macedonia has nothing more to offer. It is up to the Union to find a way how we can hold our inter-governmental conference, Zaev said.

With Bulgaria left without a Government and probably unable to alter its veto decision even if its leaders wanted to, Zaev said that he will put his hopes in Greek Prime Minister Kyriakos Mitsotakis.

Zaev met Mitsotakis in Athens, and said that the Greek leader had some very “creative” ideas, probably accumulated during the long name dispute Greece imposed on Macedonia. Zaev did not clarify what these ideas were, but said that he hoped the EU will be able to put some of them in effect toward Bulgaria.

One specific idea, that was released through the press, is that a new chapter is added to the accession talks. On top of the usual 34 chapters, which cover issues such as the economy, foreign policy and agriculture, some candidate countries were given an additional, 35th chapter – in Serbia’s case for example it’s the issue of Kosovo. This means Bulgaria could be asked to allow Macedonia to open accesion talks on all objective criteria for membership, but to let it reserve one separate chapter – the 35th chapter – that would be devoted solely to addressing Bulgaria’s historic and national issues with Macedonia. It is generally listed as the “other issues”chapter. Zaev already hinted at this in Athens, when he, in his broken English, assured Bulgaria that it will have the option to block Macedonia “three times per thirty five times” – three times for each chapter. But Zaev added a chapter which prompted speculations that in Macedonia’s case chapter 35 could be given to the dispute with Bulgaria.