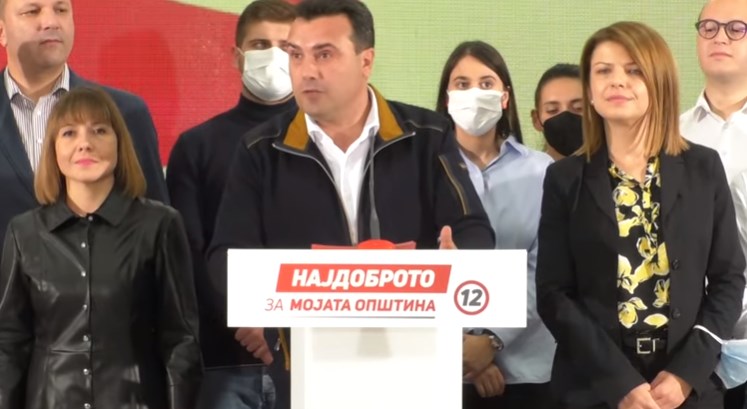 A comment Zoran Zaev made during his non-concessions speech on Sunday evening caught the public’s attention. As he was trying to put a positive spin on the string of defeats his SDSM party suffered across Macedonia, and blamed his smaller coalition partners, Zaev said that his coalition must re-unite because “the evil threatens us”. His comment was clearly aimed at VMRO-DPMNE, whose candidates won or have a comfortable lead in most major cities and urban centers.

We have a big obligation before the voters and we will not allow anybody to take our country back. In order to preserve the security of the Macedonian future, I call on all our supporters to come out and vote in the second round. The message of our people is clear – both where we won and where we didn’t win. The people want more results and more work. We will deliver those results, but that is possible only with forward looking local authorities. The fight continues because the evil threatens us, Zaev said darkly.

During his career Zaev has threatened to “eat people alive” and used terms as “bombs” and “tick-tock” against his political opponents, and during the local elections campaign he showed a crude hand gesture to the opposition’s female mayoral candidate Danela Arsovska. But labelling the entire opposition “evil” is a new low even for him.