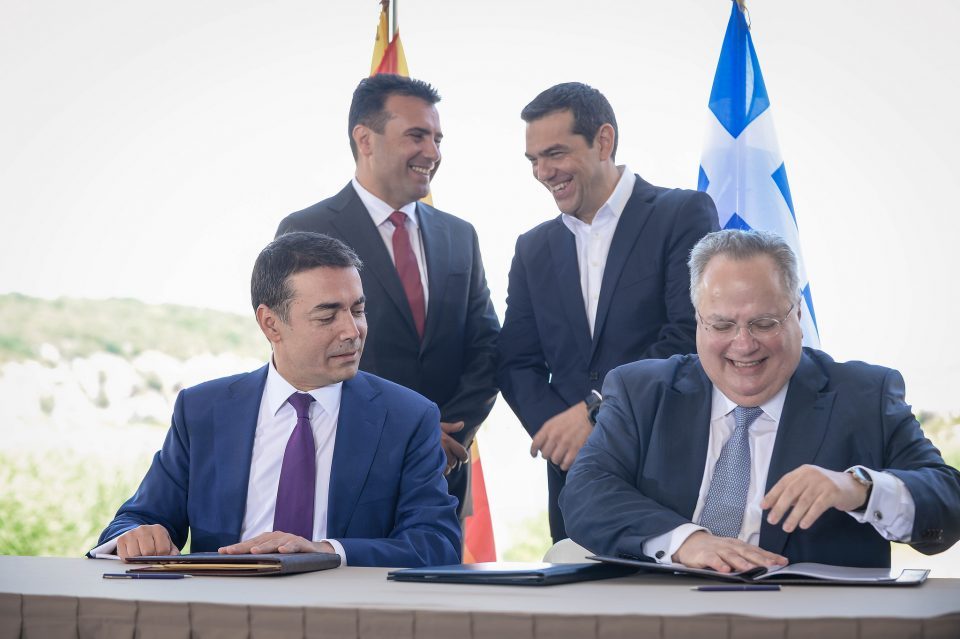 In a TV interview on Thursday evening, Zoran Zaev revealed that popular support for the name change was mere 17 percent in 2018, when it was imposed on the country.

Zaev tried to present himself as a brave politician who went against the citizens of his country with the statement.

When I signed the Prespa treaty, delegated through Nikola Dimitrov’s signature, I was in the negotiating team, I led the negotiations with Alexis Tsipras. We had just 17 percent support from the people for the new name, Republic of North Macedonia, Zaev told Klan TV in his interview. It’s unclear whether this result is based on internal polling or some other analysis.

The 2018 referendum, which included ballot stuffing and that the name change question mixed together with the questions of joining the EU and NATO, only had a 36 percent turnout, far short of the 50 percent required to make the name change valid. Zaev still went ahead and changed the name by pressuring members of the Parliament with politically motivated criminal indictments to get them to vote for the name change.

Greece didn’t even hold a referendum, and the Prespa treaty was pushed through their Parliament with a margin of just a few votes, leading to the backlash which brought down the Tsipras Government in the recent early general elections.

Branko Azeski, the long standing head of the SKM chamber of commerce, called on the Parliament to adopt the Government proposal for financial aid to businesses hit by the coronavirus. Zaev’s slim ruling majority, which was gathered in full force only once in months – yesterday to vote to...
Macedonia 04.03.21 | 17:47

One day after confirming Zaev’s cabinet, the ruling majority was again unable to find quorum to hold a Parliament session

Selmani: Quarantine is the least that can be done for people returning from trips

Mickoski: This government will fall, we saw the first serious sign of that with the vote of confidence in the government

Number of Covid-19 patients increases by 56 percent compared to previous week, most of them were diagnosed in Skopje

Cibisev: We don’t have vaccines, we have the most lost lives in the region, but that is why Zaev got government confidence with 62 MPs

Third wave already exists, says Panovski and urges that swabs be taken outdoors because testing premises are nests for the virus