There is no doubt that in recent years one of the most serious challenges in our relations between neighbors is the issue of the registration of OMO Ilinden. Both Skopje and human rights organizations, such as the Helsinki Committee, put this topic in an international context, which does not benefit Bulgaria. The non-registration of OMO Ilinden will become an increasingly difficult thesis to defend, after the eventual membership of the Republic of Macedonia in NATO, and even more so in the EU. Of course, the case is primarily a legal one, but the Bulgarian position and the Bulgarian cause would undoubtedly be stronger if a solution to this problem were found sooner.

This is the content of the text numbered 2.2.19. from the plan entitled “Bulgarian policy towards the Republic of Macedonia”, which official Sofia prepared as early as 2008, that is nine years before the signing of the Agreement on Good Neighborliness, Friendship and Cooperation between the Republic of Macedonia and the Republic of Bulgaria. The plan has been elaborated down to the smallest details and from this distance of time, it can be freely stated that it is fully realized.

And simply, it seems amazing that our services and institutions have not even seen it, much less analyzed it before the authorities of SDSM and DUI initialed the asymmetric Agreement, which now, through the French proposal, actually becomes a document of the European Union. 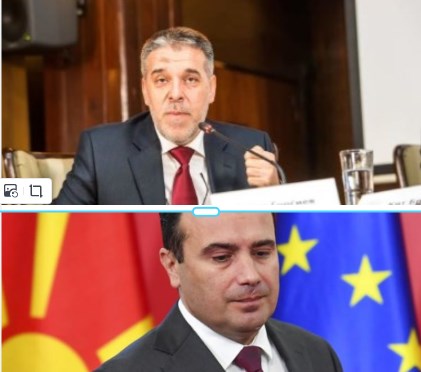 So, as early as 14 years ago, official Sofia itself admits that the non-registration of OMO Ilinden will be an increasingly difficult thesis to defend. But that seems to have no meaning for our government. On the contrary, with its obedient policy, first of all, through the current Minister of Foreign Affairs, Bujar Osmani, who starts his two-day visit to Sofia today, as well as through the “party historian”, academician Dragi Gjorgiev, it is definitely getting into the double standards of its daily politics agenda, analyzes “Pressing TV”.

And, they go to pure absurdities. For example, Minister Osmani, after the opening of the “Nikola Jonkov Vapcarov” club, like a real scandal-master, created a new division between the Macedonians in Bulgaria. He gave up on the existence of a Macedonian minority in Bulgaria, and now he divided the Macedonians there into “private” and “state”. Therefore, the initiative to open the club was private, and very soon, also in Blagoevgrad, the state of the Republic of Macedonia will open another club. And which Macedonians from Bulgaria will be members of it? The same ones from the “Nikola Jonkov Vapcarov” club or will they find some other, “state” Macedonians!? 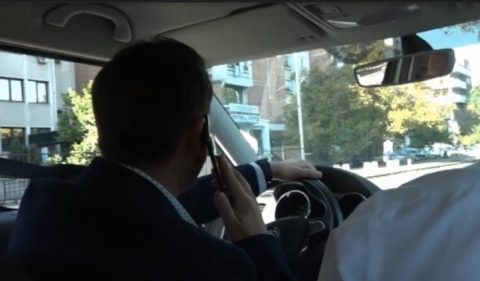 The double standards of purely daily political goals have become a sign of recognition of the inevitable “party historian”, academician Dragi Gjorgiev. In yesterday’s interview with Radio Free Europe, Gjorgiev said about Vapcarov “who is considered a Bulgarian poet, who wrote in the Bulgarian language”, something that was not mentioned by any of the members of the club during its opening! And he also added:

Opening of clubs and societies, if they are really intended to be a bridge through which culture and ideas of cooperation between the two peoples will be marketed, then it is not in dispute. However, when clubs are opened, that bear the names of persons who do not even have a point of contact with the culture of the community that opens it or of the community where that club is opened, then they really become an apple of discord and the cause of even greater tension between Macedonians and the Bulgarians, in the specific case. There is no doubt that the opening of those clubs in Macedonia with those names have a different background, they have a different purpose, and all of that is already so clear to the public in Macedonia, and also in Bulgaria, so I believe that I believe, I think that they will stop such practice and if both countries want those clubs to contribute to the relaxation of relations between the two countries, then the political elites of both countries should sit down and think carefully about how those clubs will be managed, because it is obvious that the opening of those clubs, especially the Bulgarian clubs in Macedonia, has another goal, i.e. to disrupt even more the relations between Macedonians and Bulgarians, and it is obviously a question of some deliberate policy, which may be conducted in some other centers outside both countries.

Apparently, Academician Gjorgiev is bothered by the names of the Bulgarian clubs that are opening in Macedonia, which are directly connected to Bulgarian monarchy-fascism or Nazi-fascism, although he does not state this explicitly. But he sees in them “a different background, they have a different goal”!, emphasizes Pressing TV in the analysis. 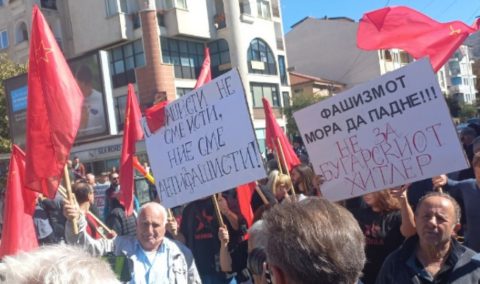 And that same academician Draghi Gjorgiev, also in an interview with Radio Free Europe, on February 6 of this year, categorically claimed something completely different.

And now, according to Academician Gjorgiev, Tsar Boris the Third and Ivan Vanco Mihajlov are typical fascist or pro-Nazi and pro-fascist names?!

Unfortunately, this is not Gjorgiev’s first and only outing on this very topic. Two years ago, on November 25, then Prime Minister Zoran Zaev in a famous interview with the BGNES agency said, among other things:

Bulgaria is not a fascist country. Bulgaria is our friend. The new generations do not know this reality and it must unite us. At that time, in the beginning, there was an administration. Then Bulgaria joined the anti-fascist front.

Just a few days later, Gjorgiev, as a “well-trained party poodle” will try to justify Zaev, by stating only “his opinion”: 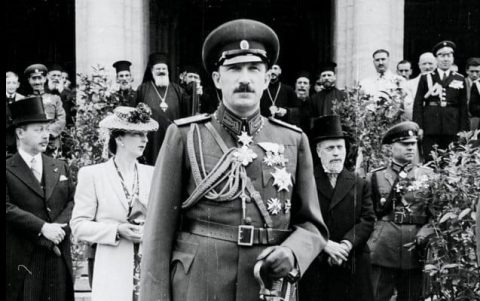 I think that Bulgaria was not a fascist state.

Which is a lot, it is a lot, even if it comes from a “well-trained party poodle”, who skilfully “jumps and plays” in party, political, historical, and academic circles.