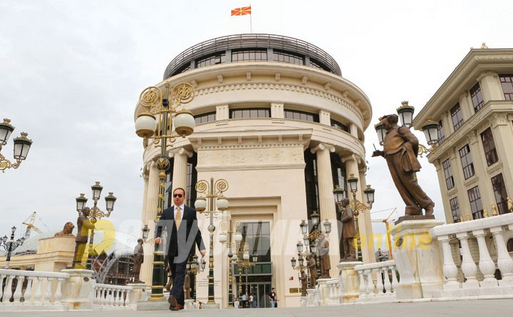 In a move likely timed with the scheduled meeting of political leaders where the law on state prosecutors will be discussed, the OJO/PPO service of prosecutors sent a note to the disgraced Special Prosecutor’s Office and requested that all its case files are handed over to OJO.

The request is made in line with the controversial and likely illegal order by detained Special Prosecutor Katica Janeva. Prime Minister Zoran Zaev strongly supports this decision as it will allow OJO, which is also under his political control, to carry on his campaign of persecution of the opposition VMRO-DPMNE party. VMRO-DPMNE leader Hristijan Mickoski insists that the fate of a systemic institution like the Special Prosecutor’s Office can only be decided with the agreement of all major political parties and rejects the idea that Janeva, detained for abusing the SPO for her own corrupt interests, can order to effectively shut it down in favor of OJO. Mickoski and Zaev meet this evening to discuss the issue, as well as the VMRO request for early general elections.

The SPO issued a press release today expressing concern for its employees and case files, given that Janeva has still not been replaced. “The lack of a top managing official in the institution will bring about problems with regard to employee rights and in day to day payments and will also affect security procedures related to the materials kept in the SPO”, Janeva’s institution said in its press release.