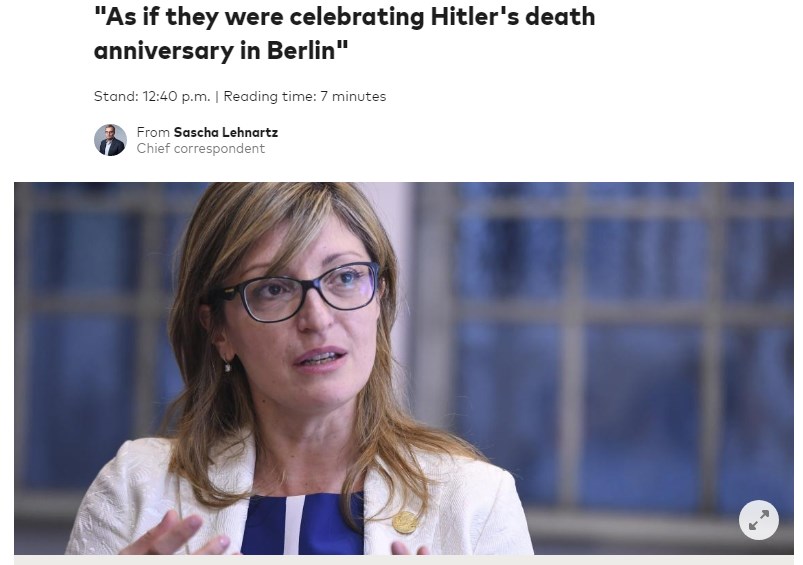 Bungarian Foreign Minister Ekatarina Zaharieva gave an interview to the German Die Welt newspaper in which she discussed the dispute between Macedonia and Bulgaria. In the interview, Zaharieva insisted that it is Macedonia’s fault for discriminating ethnic Bulgarians, for honouring Yugoslav dictator Josip Broz Tito and for not investing enough in infrastructure linking the two countries that prompted Bulgaria to veto the opening a EU accession.

Zaharieva points to the about 80.000 Macedonias who took Bulgarian citizenship over the past 10-years as evidence of a large Bulgarian minority, which she says is discriminated against whenever these people decide to publicly express their ethnic identity. Obtaining Bulgarian citizenship is a popular way out for poor Macedonians who need to travel and work in the European Union member states as having a Bulgarian passport makes it much easier than attempting the same with Macedonian passport.

Zaharieva also insisted that officials from the ruling SDSM party continue to honour the Yugoslav communist dictator Tito, guilty of crimes against Bulgarians and others in Macedonia, stating that it would be as if the city of Berlin still honored Adolf Hitler. She also pointed to over 14,000 articles she claims had a negative slant against Bulgaria, which were dutifully catalogued by Bulgarian diplomats.