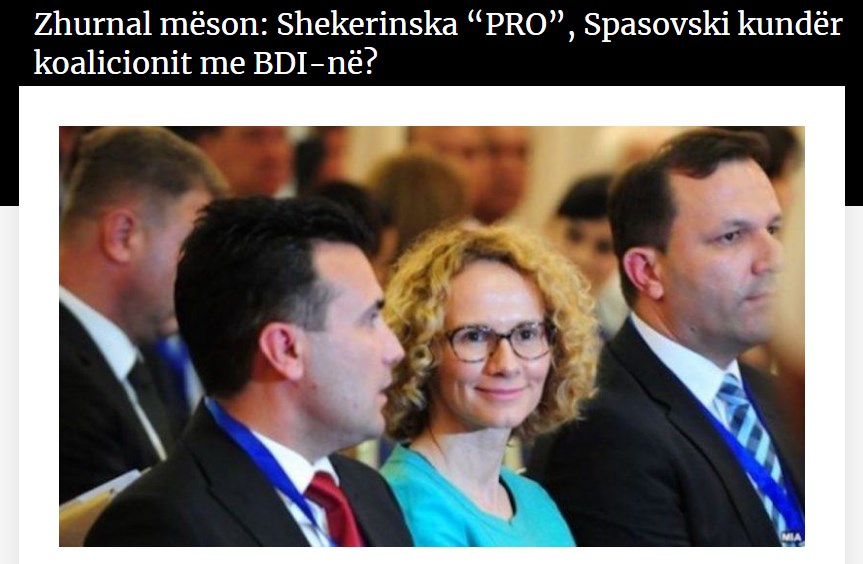 The Zhurnal news site reports that top SDSM officials are divided over whether to pursue another coalition with Ali Ahmeti’s DUI party.

According to Zhurnal, which is a bilingual site and reports political developments from both the Macedonian and ethnic Albanian camps, Radmila Sekerinska was pushing SDSM toward renewing the coalition with DUI, but Oliver Spasovski was reportedly opposed. The two belong to different factions in the party, with Spasovski seen as loyal to Zaev, while Sekerinska leading the Skopje based “urban wing”. DUI demands that an ethnic Albanian is the next Prime Minister, meaning that Zaev could be hardest hit in the deal.

Zhurnal also reports that under the agreement, Sekerinska could become Speaker of Parliament, a place that was left vacant at the first session, which indicated that there is no defined majority yet in the narrowly split legislature.