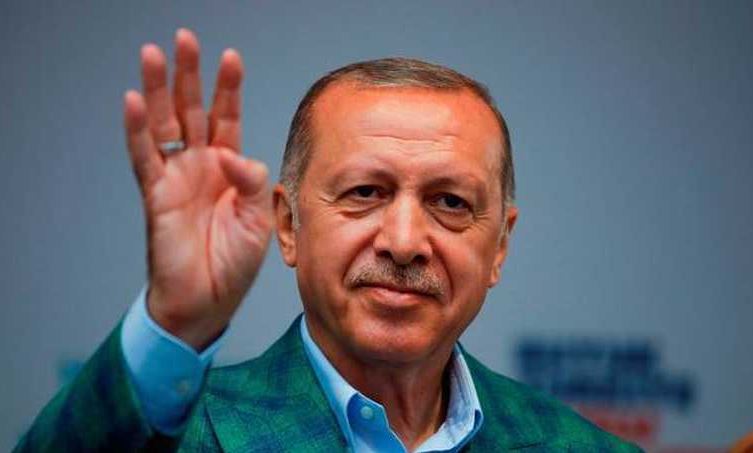 Tensions are running high in the eastern Mediterranean and the French president believes that the situation requires temporary military presence in the area, which the Turkish leadership remains fiercely opposed to, the V4 news agency reports. President Recep Tayyip Erdogan has also voiced his concerns after Emmanuel Macron had openly taken sides with Greece. The Turkish president condemned Macron’s recent visit to Lebanon, describing it as a theatrical performance.

Following the French president’s recent actions that have upset Turkish authorities, Recep Tayyip Erdogan harshly criticised his French counterpart, Emmanuel Macron. In a recent speech in Ankara, the Turkish head of state slammed Emmanuel Macron’s latest visit to Lebanon, which he says was overdocumented by the media. Erdogan says Macron wants to turn Lebanon into a French colony again, adding that the Turks, unlike others, will assist Beirut’s troubled residents even without the presence of cameras.

In the meantime, a French helicopter carrier called Tonnerre (Thunder) has arrived in the Lebanese capital, also documented by the French defense ministry in a recently posted video. The ship carried 1,200 tonnes of food and military equipment, so President Macron has managed to secure some sort of military presence in Lebanon, along with the relief supplies The Tonnerre has transferred over 750 soldiers to Beirut, according to the French chiefs of staff. Besides the helicopter carrier, France also sent eight military planes to Lebanon as part of the Operation Friendship (Operation Amitie).

However, this isn’t the only thing that has angered the Turkish president. After visiting Lebanon, President Macron felt an urgent need to get involved in the Greeek-Turkish conflict in the eastern Mediterranean and has temporarily strengthened France’s military presence in the region by deploying two fighter jets and two warships. The media in Turkey has reacted angrily to the news, saying France had gone too far. Recep Tayyip Erdogan also spoke about the case. He voiced a more restrained opinion without mentioning France, merely stressing that no country should think above its weight and intervene in the eastern Mediterranean where it has no territory.

The Greek-Turkish conflict has erupted over the natural gas resources in the Mediterranean. The two countries are in a serious disagreement as to who owns the area where Turkey is currently exploring natural gas sites. Both countries claim jurisdiction over the territory: Turkey believes that the boundaries of the economic zones established at sea should be measured from the mainland, while Greece says the boundaries should also be marked around the islands. Responding on Twitter, President Erdogan said it was laughable and baseless under international law that an island, whose total area is 10 square kilometres, should be entitled to 40,000 square kilometres of maritime jurisdiction.

Despite France’s hostile approach, President Erdogan believes that the conflict in the eastern Mediterranean can be resolved through dialogue and negotiation, and he believes that sensible action can lead to a solution that benefits everyone. President Erdogan also talked with German Chancellor Angela Merkel over the phone, stressing that he believed that the territorial dispute in the eastern Mediterranean could be resolved through peaceful negotiations and the application of international law based on justice.

Turkish Foreign Minister Mevlut Cavusoglu also held phone conversations with his Hungarian, Lithuanian and Bulgarian counterparts on Thursday, as well as with the EU foreign policy chief, Josep Borrell and the foreign ministers of Estonia and Finland on Wednesday, following a request by Greece to discuss the issue at an emergency meeting in the EU Foreign Affairs Council, The Statesman writes.