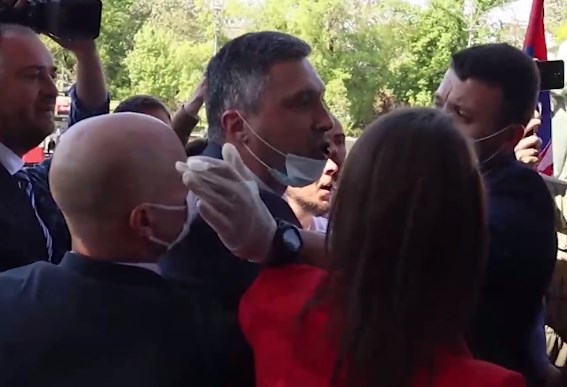 Eleven member of European Parliament from the liberal Renew Europe group sent a letter to Enlargement Commissioner Oliver Varhelyi calling on him to pay particular attention to Serbia, as its Government is trying to hold elections in June, without reaching agreement with the opposition on the date of elections. In a similar situation with Macedonia, where the ruling SDSM party is pushing for the exact same date – June 21 – the move in Serbia sparked calls for oppositions boycotts.

We regret the decision to hold parliamentary elections on 21 June, in the absence of an agreement on the date between the government and the opposition, which could have prevented a boycott of the elections by a part of the opposition. Such an agreement would also have raised the legitimacy of the elections. To make matters worse, in light of unbalanced media coverage, undue pressure on individuals and civil society critical of the current government, and according to the independent analyses of the state of democracy in the country, Serbia has recently been classified as a hybrid regime. We therefore believe that the elections in such an environment will be far from fair and democratic, the Renew Europe MEPs state. The letter is signed, among others, by the European Parliament rapporteur for Macedonia Ilhan Kyuchyuk from Bulgaria.

According to MEPs, the EU needs to step up its efforts to bring Serbia into the group of countries with functioning democracies, to which end they propose not only monitoring the upcoming elections, but also analysing the impact of EU funding on the current state of democracy in Serbia. A similar letter was already sent by social-democratic MEPs.

In the light of all the above and due to Europe’s strategic interest for the stability and prosperity of the Western Balkans and Serbia in particular, we call on you to be extra vigilant when it comes to current developments in Serbia and to adequately reflect them in the upcoming Commission Annual Report on the country. Last but not least, we invite you to remind the authorities in Serbia to unconditionally fulfill their previously undertaken obligations before the inevitable parliamentary elections , the 11 Renew Europe tell Commissioner Varhelyi.