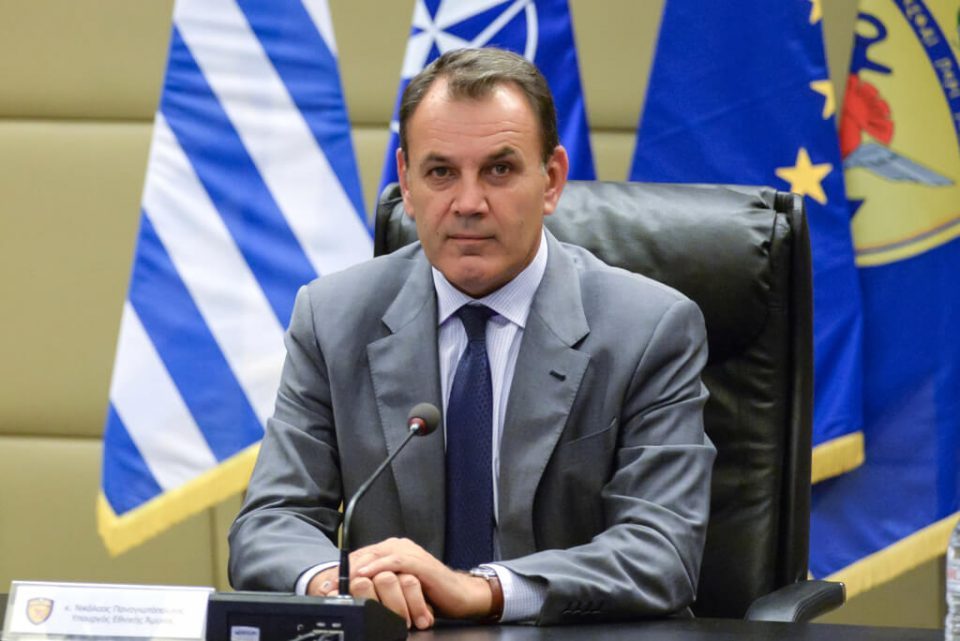 Panagiotopoulos explains that last week the co-operation in air surveillance of our country came into force and added that if Greece had not done it, Bulgaria or Turkey would have done it.

As regards the Prespa Agreement, we move forward with respect to international law and demand the same perception from the neighboring country. Of course, in this regard, the bilateral cooperation for air surveillance of this country by our military aviation was approved last week and entered into force. If we had not done it, Bulgaria, which is strongly negative about the Prespa Agreement, as well as Turkey, which is trying to use every opportunity to increase its influence in the Balkans, were absolutely ready to do it, says Panagiotopoulos.

Last Monday, Macedonian Chief of Staff General Vasko Gjurcinovski and Greek Chief of Defence, General Christos Christodoulou in Thessaloniki signed a Technical Arrangement for Airspace Surveillance which is an officialization of the Air Policing mission, and will be implemented in coordination with NATO.

Tsipras on Prespa Agreement: Greece is on the right side of history

Hahn on Prespa Agreement: I’m proud to have contributed to this achievement