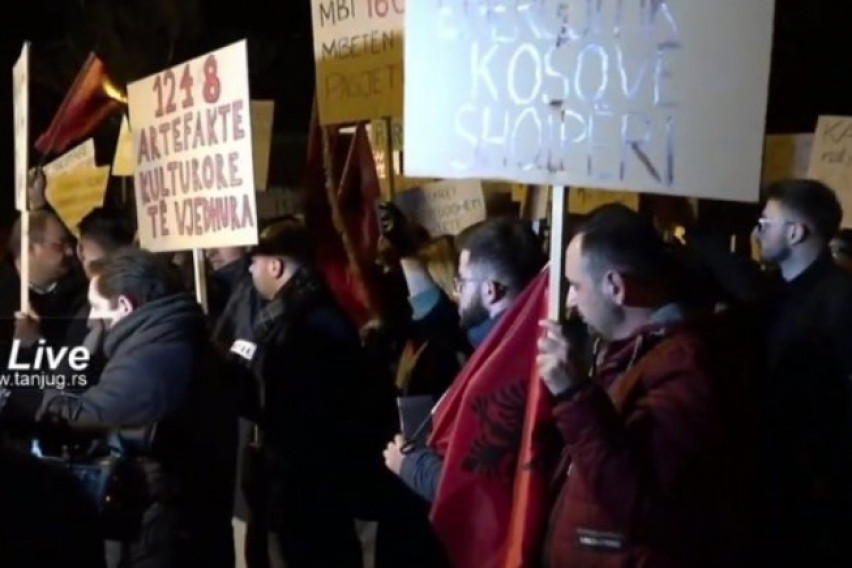 Mass protests are taking place in Tirana, at the hotel where Prime Minister Edi Rama is hosting a Mini – Schengen summit with Serbian President Aleksandar Vucic and the outgoing Prime Minister of Macedonia Zoran Zaev.

Protesters include Kosovo Albanians and representative of the Albanian opposition, who demand that Albania withdraws from the Mini – Schengen initiative which they fear will increase Serbia’s clout in the Balkans. Also a major reason for the protest is their anger at Vucic, who recently denounced the 1999 Racak massacre as a staged event meant to spark the Kosovo war.

Kosovo refused to participate in the Mini – Schengen process, which Rama and Zaev are presenting as a “participation trophy”, after they were both denied the opening of actual EU accession talks. The initiative should include a new round of removing red tape in cross border trade and obtaining work permits in the Balkan countries.

Some of the protesters have skirmished with the police. They are largely organized by the Self-Determination nationalist protest party, which recently won the elections in Kosovo.