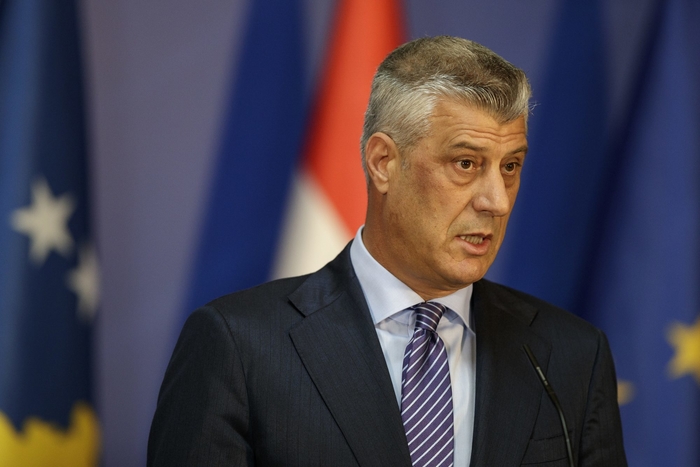 Kosovo’s President Hashim Thaci on Thursday said that he would not allow a Community of Serb Municipalities to be formed because, in his opinion that would mean forming a Republika Srpska in Kosovo, Prisitna media outlets have reported.

“It’s true that previously I agreed on forming a Community of Serb Municipalities however circumstances have changed and we cannot allow that in exchange for visa liberalisation,” Thaci said.

He underscored, as carried by the Pristina-based Zeri newspaper, that customs tariffs on goods from Serbia and Bosnia and Herzegovina “have to remain in force.”

Thaci believes that the European Union has turned its back on Pristina because three years have passed since a recommendations for visa liberalisation were made yet member states have still not adopted a decision in that regard.