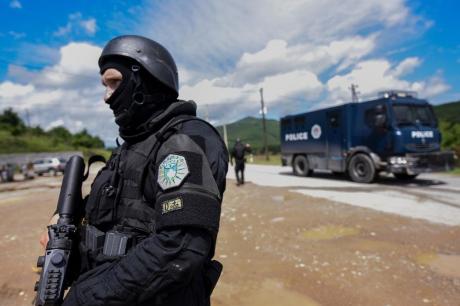 Kosovan police released six ethnic Serbs who were arrested during Monday’s police raid in the northern part of Kosovo.

The men were arrested for obstructing the arrests of a group of 19 police officers, most of them Serbs, who were arrested on charges of being involved in a criminal organization. Kosovan police fired in the air to disperse groups of Serbs who are organized to prevent such incursions from the majority Albanian police into majority Serbian towns and villages.

One of those arrested was employed in the UN mission in Kosovo and he was taken to hospital because of the injuries sustained during the arrest.

The raid dramatically increased tensions between Kosovo and Serbia.