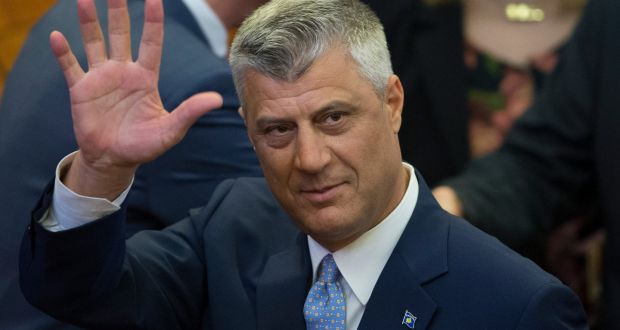 A contingent of armored vehicles from the US, purchased by the Kosovo Security Force (KSF) arrived last week in Kosovo. These military vehicles were exposed Monday by Kosovo president Hashim Thaci, Gazeta Express reports.

Thaci in a statement posted on Facebook said that in addition to military equipment the KSF will start recruitment of new members soon. “Had a regular meeting with the KSF commander, General Lieutenant, Rrahman Rama. As of today, the Army of Kosovo is equipped with a contingent of 42 US military vehicles ‘Humvee’. Also, the recruitment of new soldiers will begin soon. Freedom, independent state and the army gave us the identity and make us proud!” Thaci wrote.