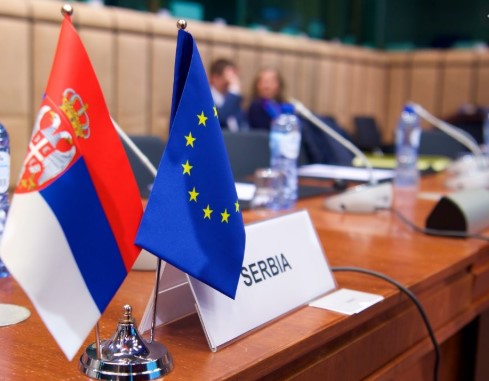 Left leaning members of the European Parliament are calling Serbia out for its alleged investigation into the sources of funding of dozens of activist organizations, most of them also on the left.

According to reports in the Serbian media, citing leaks from the Finance Ministry’s money laundering unit, externally funded media outlets such as BIRN and KRIK, activist groups like the Helsinki Committee, the Center for Euro-Atlantic Studies, and activists like Vuk Jeremic and Slobodan Georgiev were being looked into. Serbia recently faced a wave of often violent protests and the investigation is focused on determining whether the groups are linked to sources of funding that are linked to terrorism or money laundering.

Some of the outlets, like BIRN, point out that they receive funding from the European Commission, insisting they are beyond reproach. Slovenian member of the EU Parliament Tanja Fajon, an outspoken supporter of leftist groups in the Balkans who also heads the EU Parliament’s delegation to Serbia, said that any such investigation will be seen as pressure on the groups.

These groups are the main supporters of pro-EU reforms in Serbia, Fajon said.