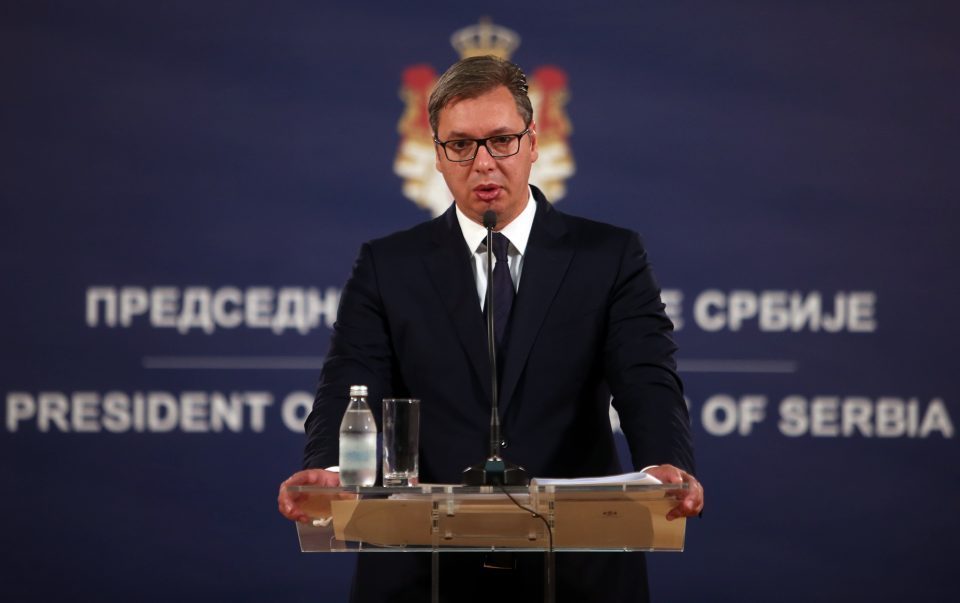 President Aleksandar Vucic hinted Monday that Serbia may be willing to recognise Kosovo as a sovereign state, but would require something in return from its former province as part of a broader compromise deal, AFP reported.

We must first find the compromise, we can not recognise Kosovo without getting anything on the other side, Vucic told Italian ANSA news agency in an interview.

“I am sure that with the help of our European friends and with the support of Russia, America, China and other countries, we can reach a solution,” he said.

Kosovo unilaterally declared independence from Serbia a decade after the 1998-1999 bloody war between them that claimed around 13,000 lives.

However,Belgrade has fiercly rejected the move and still considers the territory as its southern province.

Serbia and Pristina have been under strong international pressure to reach a binding agreement on mutual relations if they want to progress on the path to European Union membership.

But the EU-mediated dialogue has hit stalemate, in particularly when Pristina in November slapped a 100-percent tariff on Serbian goods in response to Belgrade’s attempts to undermine its standing on the world stage.