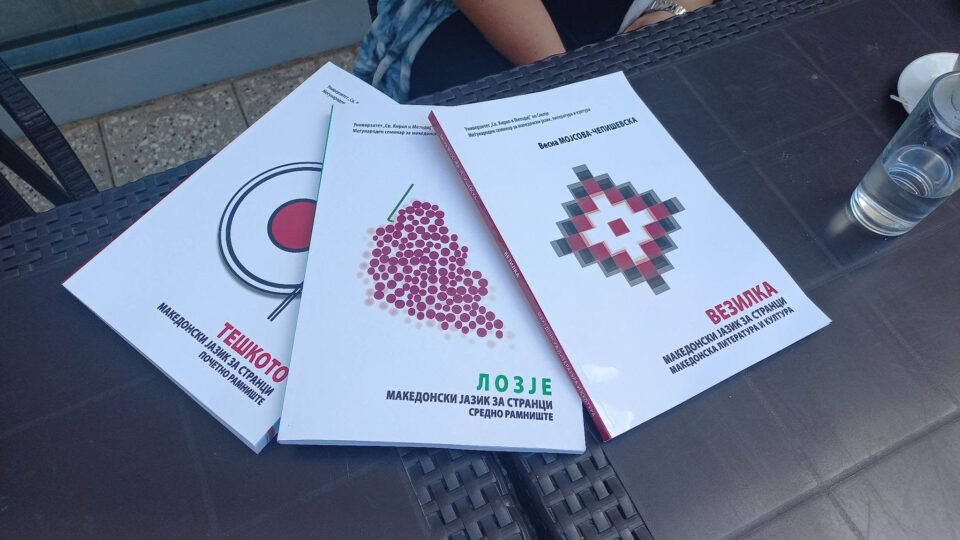 At the meeting between the director of the International Seminar for Macedonian Language, Literature and Culture at the University “St. Cyril and Methodius” in Skopje, prof. Dr. Vesna Mojsova-Cepisevska and the president of the Macedonian society “Ilinden” from Tirana, Nikola Gjurgjaj, an official request from the Society for the reactivation of the Macedonian Language Lectureship at the Faculty of Foreign Languages at the University of Tirana has been submitted. The interest in Albania is great, it was said, and besides, the Macedonian minority is the second largest in that country.

Macedonian Language Lectureship language at the University of Tirana is already more than needed. Not only because of the great interest in Macedonian studies by the new generations of the Macedonian community, which is the second largest among minorities in Albania, but also to enable all students studying philology in Tirana to be able to study the Macedonian language. This lectureship would be crucial for the promotion of cultural ties between the two peoples and the two countries, for the development of good neighborly relations and for building new bridges of cooperation between the Macedonian and Albanian academic scientific environment, it was assessed at the meeting.

As it was emphasized at the meeting, in addition to the readiness of UKIM, the University of Tirana’s interest is also necessary for the realization of the request, and the commitments from the institutions of our country are crucial – first diplomatically, and then also commitments to provide financial resources for the functioning of the lectureship.