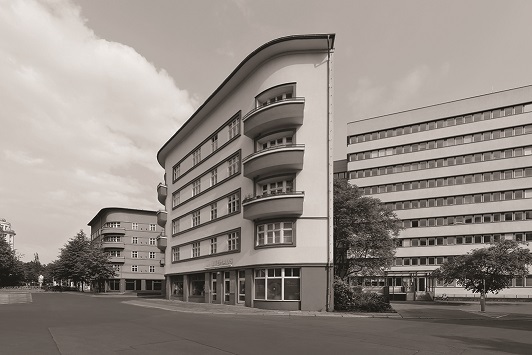 “Triggered by a slightly elevated position, the buildings seem to hover almost timelessly with their clean lines, curved facades, and glass corners,” according to the museum’s website.

Speaking at the opening will be German Ambassador Thomas Gerberich, architect Ana Ivanovska Deskova, and Molitor himself. 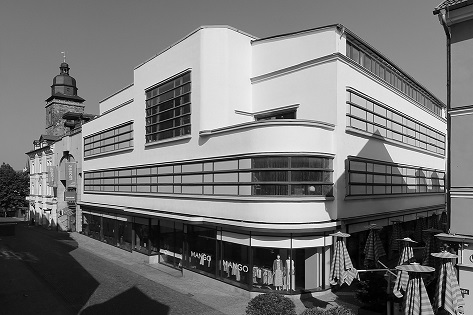 Molitor has traveled across the globe to take Bauhaus-influenced architectural photos since 2009, aiming to trace “its global connections and cosmopolitan exchange of modern construction,” according to the press release.

Organizers also note that the exhibition includes “a selection of photos pointing to several significant buildings extracted from the fabric of Skopje.”

Skopje’s modest Bauhaus-influenced architecture, they add, first appeared between the world wars (1918-1941) through the brave European aesthetics of Drago Ibler and Milan Zloković.

Dominating over the postwar period (1945-1963) were the plain simple spaces and glassed-off surfaces—exemplified by the works of Slavko Levi, Jovan Ranković, Slavko Brezoski, Branko Petričić, and others—which continued in the aftermath of the 1963 earthquake and during Skopje’s architectural renewal until the early 1980s, “as one of many possible architectonic languages, such as structuralism, metabolism, brutalism, etc.,” the release reads.

On Wednesday, the Museum of Contemporary Art will screen Bauhaus Spirit, a documentary directed by Niels Bolbrinker and Thomas Tielsch.