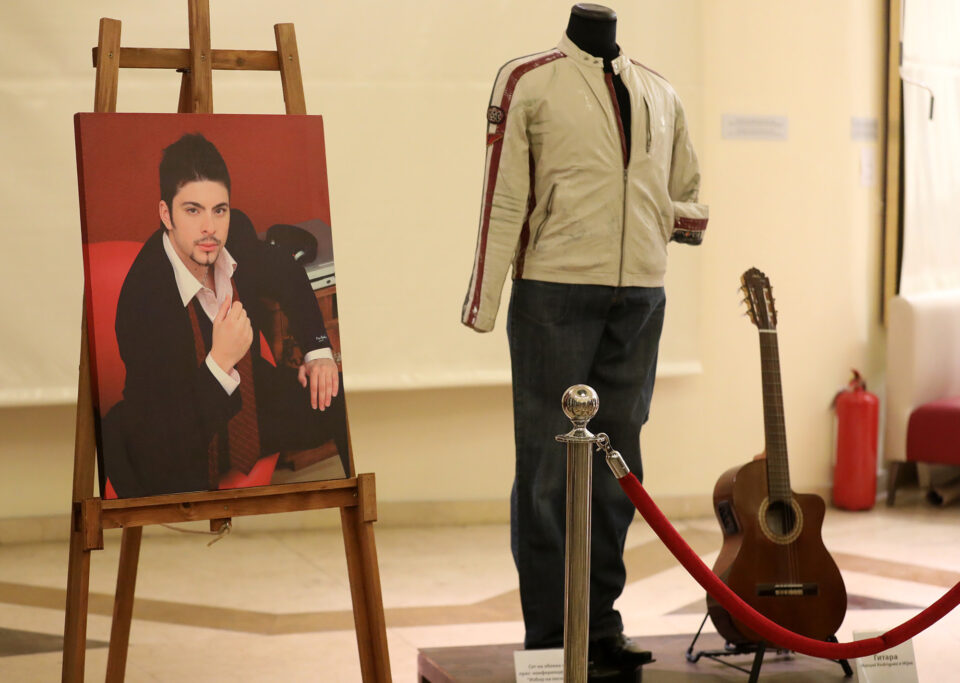 The exhibition “Tose’s Memorial House – keeper of the memories, life and work of the greatest Macedonian pop icon” opened last night in the Museum of the Macedonian Struggle for Independence, which displays 15 forex and 15 photos on canvas together with two pieces of Tose’s clothing, as well as his favorite musical instrument, the guitar.

The director of the Museum of the Macedonian Struggle for Independence, Daniela Nikolova, said that through the exhibition, visitors will have the opportunity to take a look at the life path of Tose Proeski.

Time passes, but memories remain forever. Let’s remember the character and work of Tose and continue and always convey his message of love, selflessness, and humanity because that’s the only way we will keep his memory, Nikolova pointed out.

The director of the Memorial House of Todor Proeski, Lefkija Gazoska, explained the reason why the project is titled “Tose’s Memorial House – Keeper of Memories”.

The memorial house has a special place in the lives of all Tose fans, and in one place they will be able to see everything related to him, explained Gazoska.

The exhibition, which presents the life and work of Tose, starting from his childhood to the last posthumous awards and albums, will be open to the public until November 23, and the project was realized with the support of the Ministry of Culture.