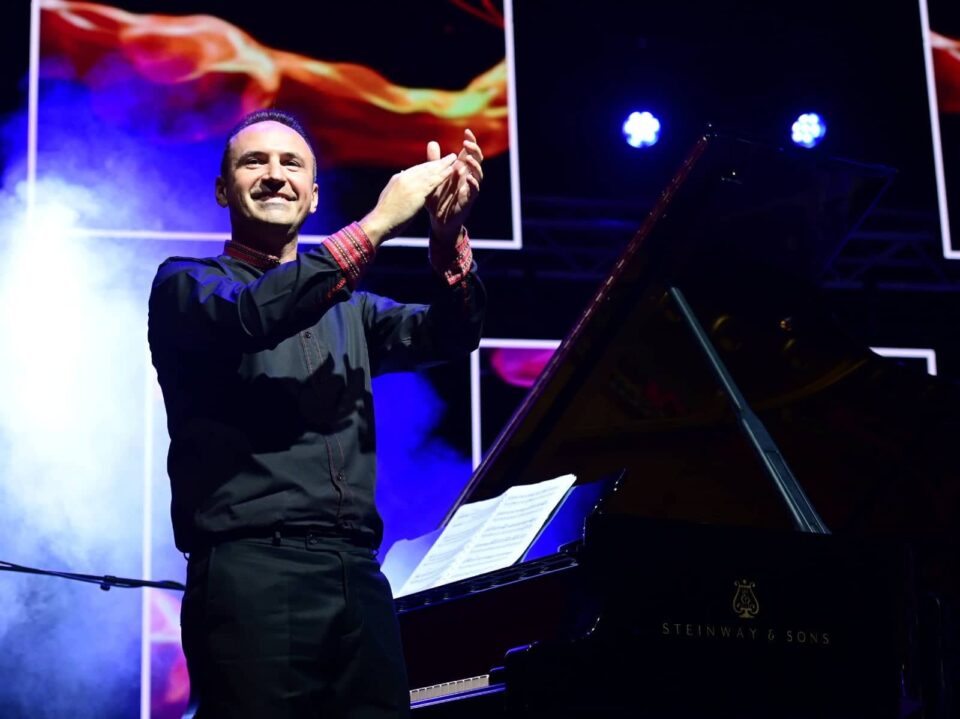 Simon Trpceski and friends promoted the musical project “Makedonissimo” on the plateau in front of the National Opera and Ballet in Skopje. After this promotion in Skopje, there will be concerts in Stip and Bitola on September 25 and 26. This project, which in the meantime conquered the world with the musical material born from Macedonian soil, will be presented to the Macedonian audience for free. 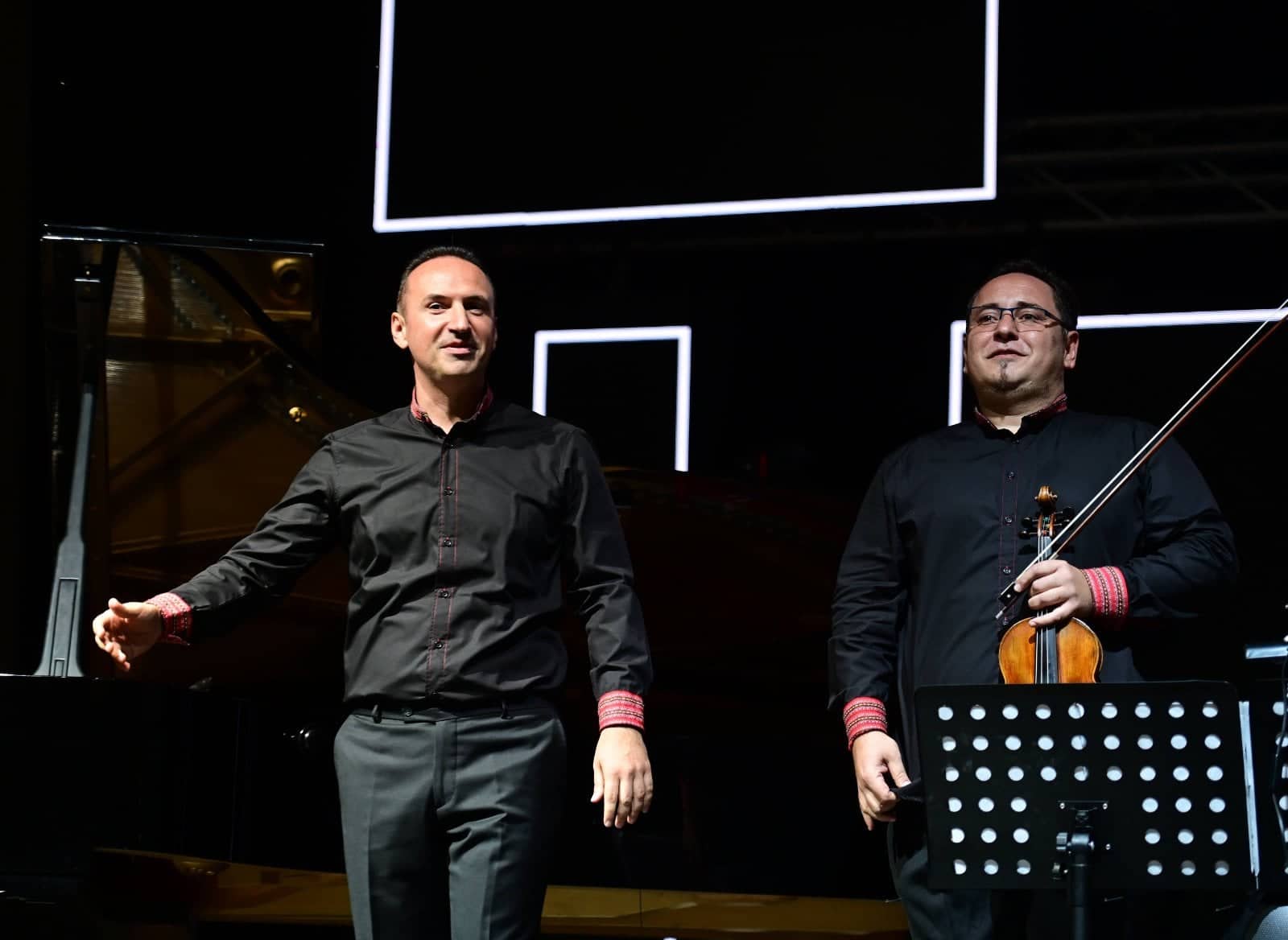 The album “Macedonissimo”, which was released by the British label “Linn Records”, deals with Macedonian folk music in an original way by the composer Pande Sahov. The team of “Macedonissimo”, comprising Aleksandar Krapovski on violin, Aleksandar Somov on cello, Hidan Mamudov on clarinet, saxophone and kaval, and Vlatko Nusev, percussion, presented the renditions of the most beautiful Macedonian dances and songs to the audience. 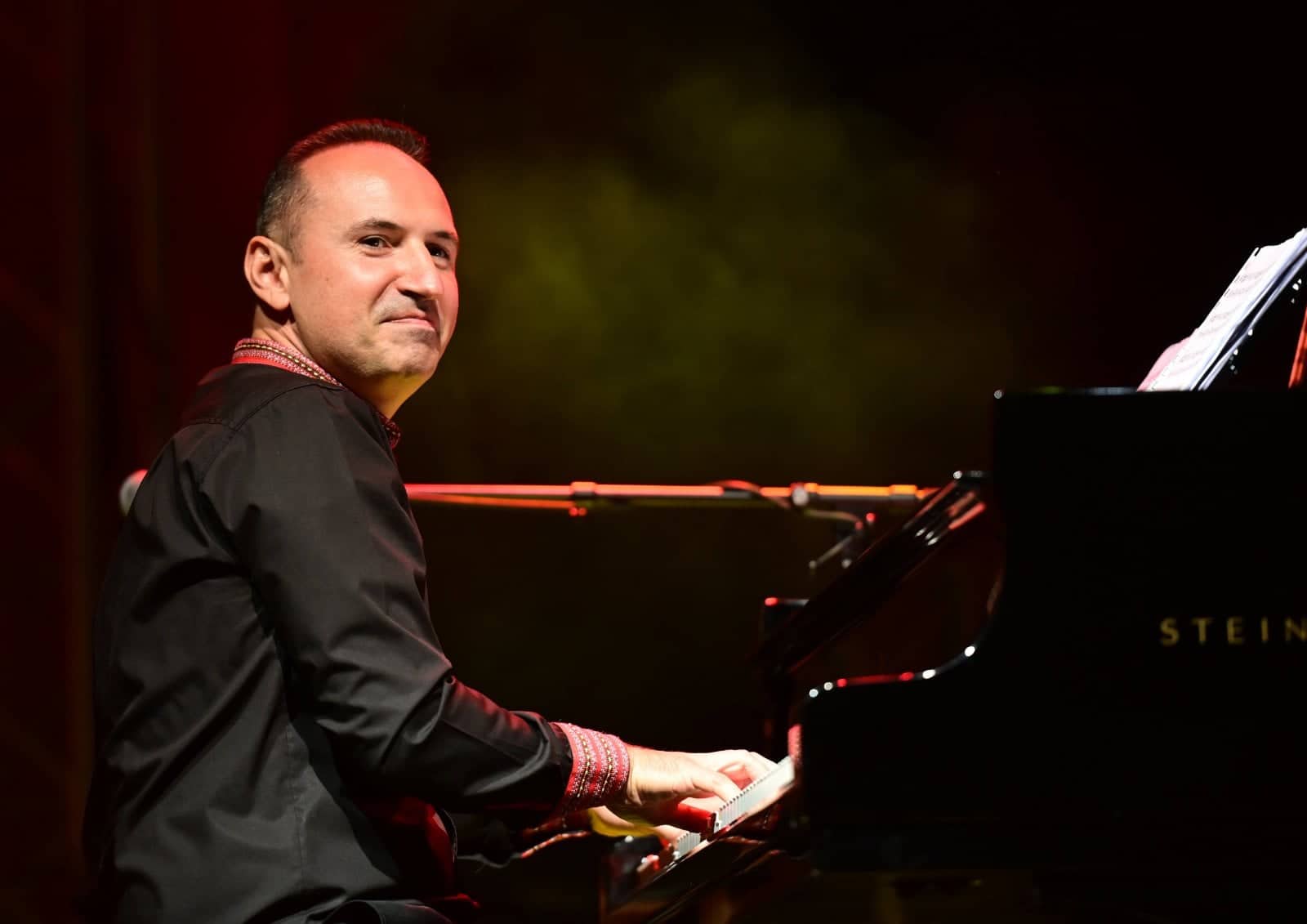