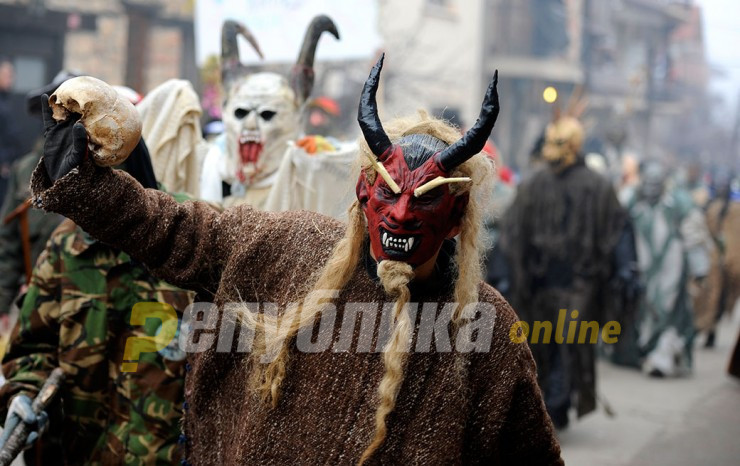 Vevcani will again be an open-air theater and the center of satire on January 12-14. Over 1,000 individual and group masks will parade the streets during the Vevcani Carnival, with about 10,000 visitors expected for the event.

The carnival, which celebrates the arrival of the New Year according to the Julian Calendar, will start with a the performances of Arhangel, Nesa, Kulturno Umetnicki Rabotnici, DJ Rootboy on January 12, followed by the masked parade on January 13.

‘The parade will showcase over 1,000 individual and group masks, which aim to criticize the incumbent authorities and their moves. They are seen as a corrective, serving to eventually mend loopholes in the governance,” artist Simun Lesoski told a press conference few days ago.

Several pop and folk bands will provide the entertainment on the Orthodox New Years Eve, January 13.

The carnival, the biggest European festival of satire and spontaneous theater, ends with the traditional burning of the masks on the noon of January 14.

The 1,400-year-old celebration symbolizes two parallel worlds – paganism and Christianity. The masks of groom and bride are an inevitable element on the streets of Vevcani. They symbolize fertility and procreation. Revelers also wear masks depicting two devils, the embodiment of evil, and August the Stupid, which protects people from evil.