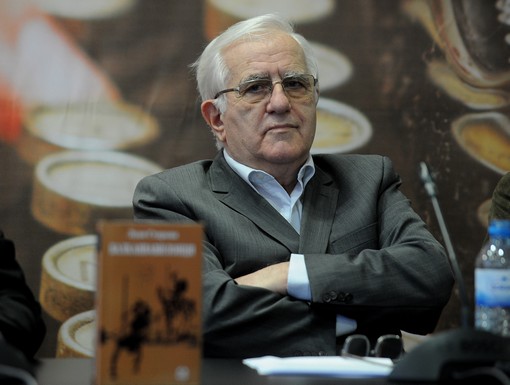 Starova was born in Pogradec in Albania, and the family moved to Macedonia when he was just two. He worked in Television Skopje as an Albanian language editor, before leaving for Paris to study literature. He served as Yugoslav ambassador to Tunisia, and envoy to Palestine, and then as the first Macedonian ambassador to France, and then to Spain and Portugal. He was admitted to the Macedonian Academy of Arts and Sciences in 2003, as recognition for his over 200 books of literary criticism and translations.