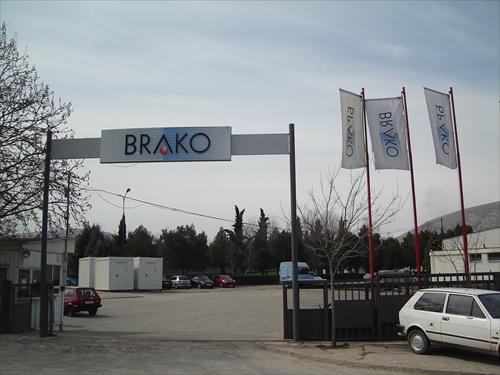 The Brako metalworks in Veles, owned by the former Deputy Prime Minister Koco Angusev, has been reported to labour inspectors for failing to provide its workers with protective gear needed during the coronavirus epidemic.

Brako workers were told to wash and re-use the disposable masks, said the Levica party. Other workers were not allowed to stay at home even though they have children under 10 years of age, which is potentially exposing the children to the virus.

The company turned 27 million EUR in revenue and 1.1 million in profits in 2018 but it’s forcing its employees to work in miserable conditions and remain unprotected during a pandemic, Levica said.

Previously, 120 workers from another company owned by Angusev were fired.
Angusev was a powerful official of the ruling SDSM party and sold his energy trading business to a Greek state owned company for eight millions EUR at the height of the name issue negotiations. He resigned from the Government together with Zoran Zaev in January.