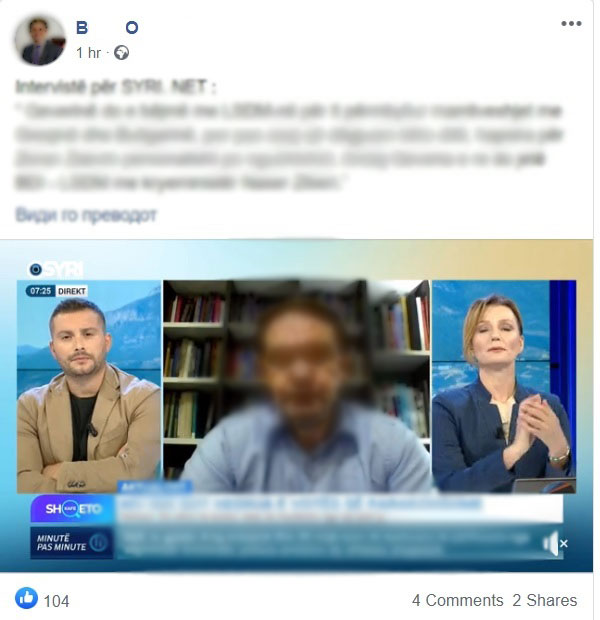 A Deputy Prime Minister in the Government, coming from the ranks of a political party participating in the parliamentary elections, posted Tuesday on Facebook a video from an interview with a foreign media, in which he talks about topics related to the elections and the new government after them, “360 Degrees” reported.

In a statement for “360 Degrees”, the Deputy Prime Minister believes that he did not break the election silence with the post on social networks.

There is no ban on communicating with friends on social networks through a private account, the Deputy Prime Minister told “360 Degrees”.