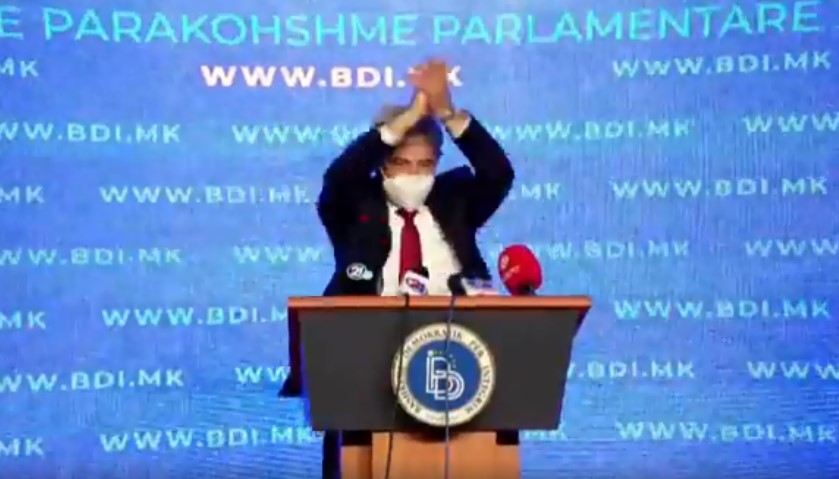 DUI party leader Ali Ahmeti, who holds 15 seats in Parliament and likely the key to the creation of the next Government, said that he is in no hurry to complete the coalition talks. The new Parliament convened today, but could not procede to electing a Speaker as there is no clear majority yet.

This was just to convene the Parliament. We are yet to see what its agenda and its priorities will be. It’s early to talk about our expectations, Ahmeti said.

VMRO-DPMNE and SDSM are virtually tied, and need Ahmeti’s 15 votes in most combinations that would lead to the creation of a Government. DUI has made it clear it wants to be courted by both major parties and to see what concessions it can exact this time.