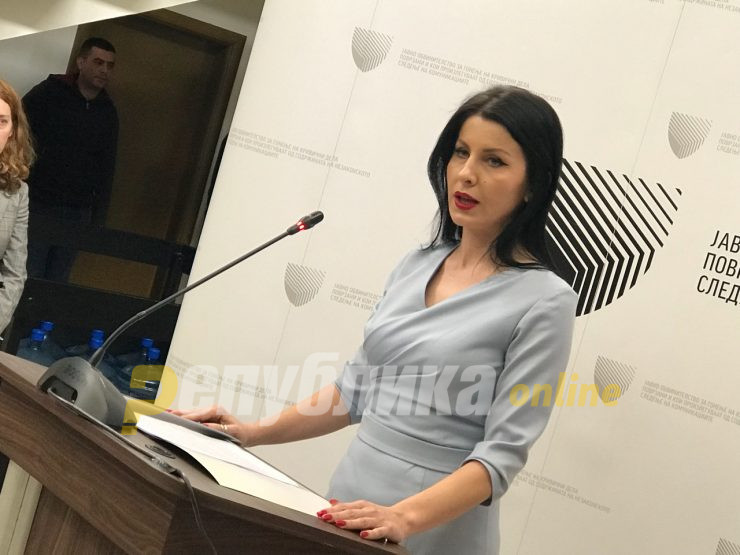 The small ethnic Albanian Alternativa party nominated Fatime Fetai to be the next Special Prosecutor.
Fetai was one of the three public faces of the Special Prosecutor’s Office since 2016, along with Special Prosecutor Katica Janeva and Lence Ristoska. Janeva was forced to tender her resignation last Monday after a major racketeering scandal in which she is suspected of extorting miilions from numerous businessmen she threatened with prosecution. Her SPO colleagues distanced themselves from Janeva the very next day at a press conference, insisting that, the leading person aside, the rest of her handpicked team is professional and highly ethical.

Fetai left no trace of abuse of office herself, and she is a prominent fighter for justice, Alternativa said about the ethnic Albanian prosecutor.

Other Albanian parties also asked that the proposed new law on state prosecutors is adopted using the so-called Badinter rule, which gives Albanian parties veto power. The original SPO law was adopted with consensus from all major political parties, but now Prime Minister Zoran Zaev threatens to amend the law and appoint another loyalist on Janeva’s place using what he called “undesirable measures”.

Fetai was noticeably absent from the press conference where Lence Ristoska defenestrated Katica Janeva. She was initially excused as being on vacation, and days later she joined in the renunciation of Janeva. It was an awkward situation for Fetai, given that she was defending Janeva in the strongest possible terms only a few months ago, during an interview with 1TV, the television which is at the center of the racketeering allegations.