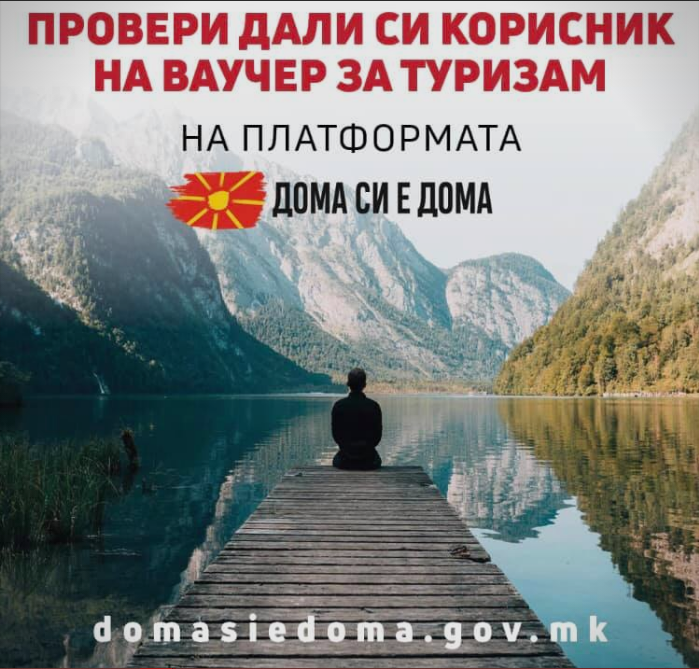 After the revelation that the Government used pictures of tourist destinations in Germany and other countries for its campaign meant to promote tourism in the currently isolated Macedonia, today it was revealed that the campaign using fake pictures was actually well paid. The scandal broke out when a photographer based in Germany found that one of his pictures was used to depict a lake in Macedonia, inviting Macedonian citizens to vacation at home (as if they have much of a choice, with the borders still closed due to the Second Wave of the coronavirus epidemic.

The photographer, Simon Migaj, took the whole case in good humour, and said that his pictures are open for anybody to use. But today VMRO-DPMNE spokesman Naum Stoilkovski revealed that the campaign was ran by a company is anything but free.

The contract, signed with the GSix company, is worth 20.00 EUR and was given under an urgent, no-bid procedure. The entire program of handing out tourism vouchers worth 100 EUR reeks of corruption, with the money handed out right ahead of the elections. And now the company that was hired to design the campaign is paid to steal photographs from Germany and France. The same company has won contracts in Strumica, as well as from the Innovation Fund, Stoilkovski said, pointing to the town hall linked closely to Zoran Zaev and the famously corrupt SDSM party slush fund.