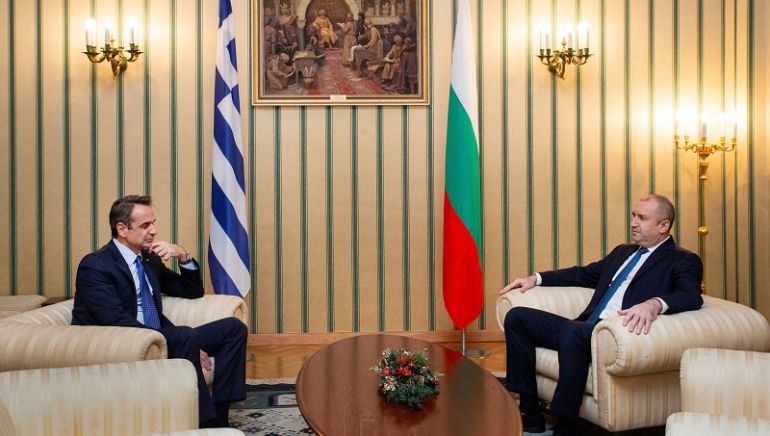 Bulgarian President Rumen Radev asked Greek Prime Minister Kyriakos Mitsotakis to have a joint push to include both the Prespa Treaty and the 2017 Zaev – Borisov Treaty into Macedonia’s EU accession process.

While Greece is broadly satisfied with the implementation of the Prespa Treaty, which imposed the name “North Macedonia” and a rewriting of history on Macedonia, Bulgaria wants a much stricter deal and more concessions than what it got in 2017, and is hoping to use the accession process to impose its demands. Mitsotakis is in Sofia for a meeting with Radev the newly appointed Bulgarian Prime Minister Kiril Petkov.

Macedonia is pushing to keep the identity issues Bulgaria is imposing out of the accession process, but with its veto power, Bulgaria has all the cards. Bulgaria wants