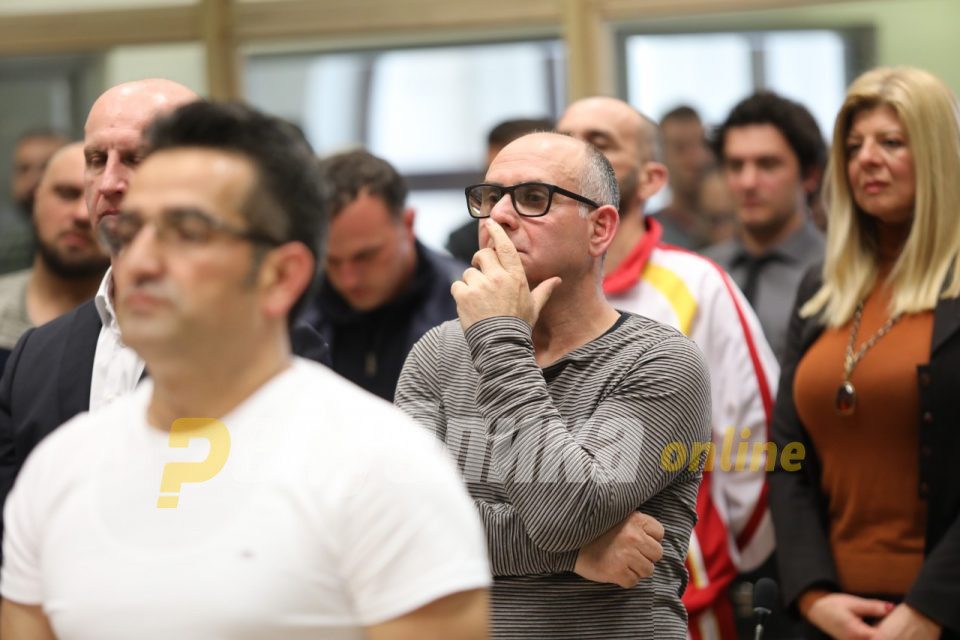 Former Minister of Interior Mitko Cavkov testified Friday in relation to the Parliament events. He pointed out that on April 27, 2017 he was the director of the Public Security Bureau and that that day was not unusual and that he finished his work around 3 pm, after which he had some personal commitments.

He received information about the events in front of the Parliament building while he was in his office in the Tehnometal building.

He explained that the opening of the Parliament doors was a surprise to everyone. Except with the police officers, I had no communication with Ristovski and Janakieski.

On the evening of April 27, he only had communication with Nikola Gruevski, who was very worried about the developments in the country.

Gruevski called me around 8:30 pm when we already had control in the Parliament and I gave the order to drop shock bombs, explained Cavkov.

According to the hierarchy, Cavkov explained, the head of the operational headquarters was Besir Deari, who was his deputy.

However, the number of police officers that were planned did not correspond to those that were in front of the Parliament building, Cavkov revealed.