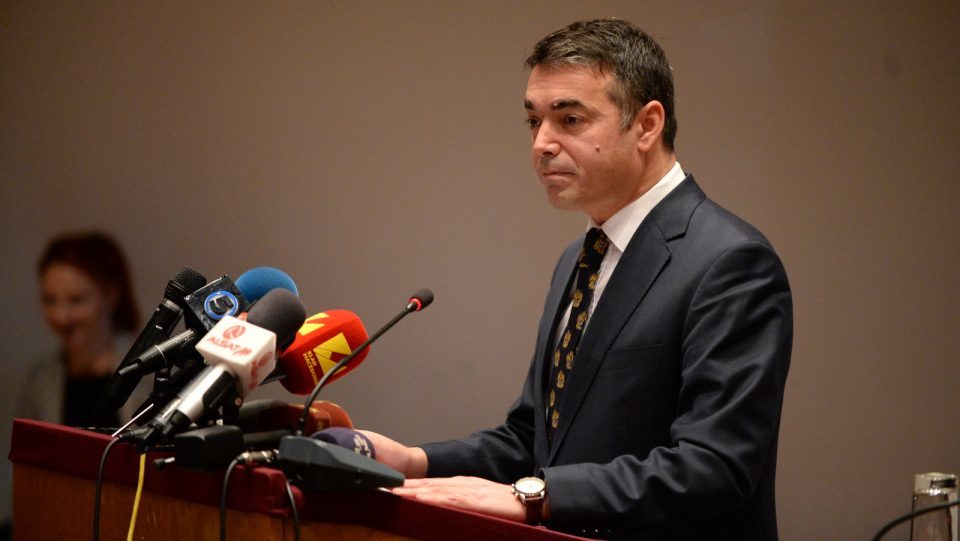 Foreign Affairs Minister Nikola Dimitrov said that he is still considering whether to run for President at the coming elections.

I have a daily discussion with myself over that issue, but at the moment I think we need to consider what type of a person we need, given the experience of the past 10 years, and also to see what will this important process bring us, Dimitrov said.

He is considered as one of the potential SDSM candidates. The ruling party still hasn’t announced its candidate, and arguments are brewing inside the party and within its coalition with DUI, over who should run. The opposition VMRO-DPMNE party is supposed to elect its candidate on February 16th, between several critics of the process to rename Macedonia, most prominent among whom are professor Gordana Siljanovska and Vladimir Gjorcev. SDSM said they may postpone the decision all the way to early March.

Dimitrov is not an SDSM party stalwart, his family was prominent in the early VMRO-DPMNE circles, and he himself was adviser to VMRO-DPMNE nominated President Boris Trajkovski, and was elevated to offices by the Nikola Gruevski Government, where he even led the process to sue Greece before the International Court of Justice over its violation of the 1995 Interim Accord. Despite his tack to the left since 2015 and his support for SDSM and Zoran Zaev, the past affiliation has made him an unpopular choice in SDSM circles.