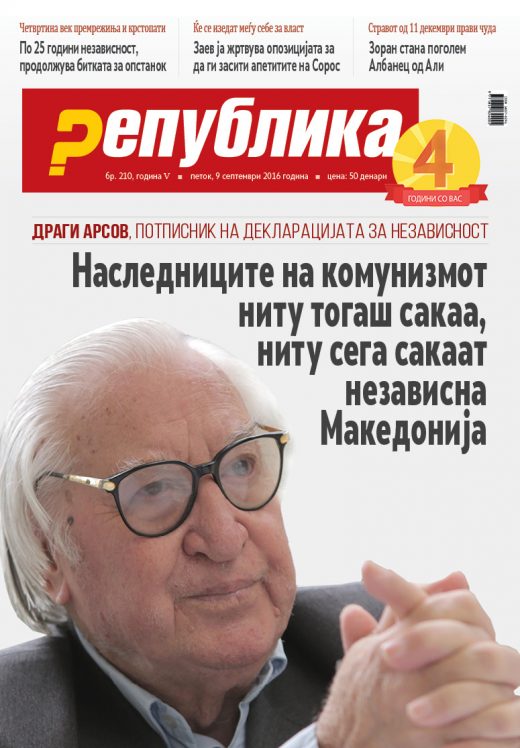 Arsov signed the Declaration in 1991, after then Speaker Stojan Andov was unwilling to do so and left the Parliament building.

We, the VMRO-DPMNE members of Parliament, were guided by the declarations of independence by Croatia and Slovenia. President Kiro Gligorov would sent political commissars to check up on us. But the pressure from the Macedonian public was strong, and we finished the Declaration. Stojan Andov was not prepared to sign it, and in his absence, I did so. I’m proud of my act, which I did in my own name and in the name of VMRO-DPMNE For so long as independent Macedonia exists, my signature will stand on the Declaration, Arsov told Republika in an interview three years ago. 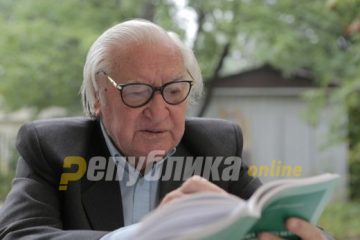 Arsov added that the problems which Macedonia faced in establishing itself as an independent state were due to the inability to fully defeat the remnants of the Yugoslav Communist regime, which opposed independence.

The main obstacle to an independent Republic of Macedonia is still not overcome, largely because we as VMRO-DPMNE were unable to defeat the left over Communist parties. Although VMRO-DPMNE was the largest party in the first Parliament, it couldn’t affect a victory. Tito’s picture hang over our heads and was gloating over our inability to defeat the Titoists, who were supported by the Albanian parties as well. The heirs of Communism didn’t want an independent Macedonia, then or now. They fought will all their might to preserve Yugoslavia, and were opposed to any element of an independent state, Arsov said.