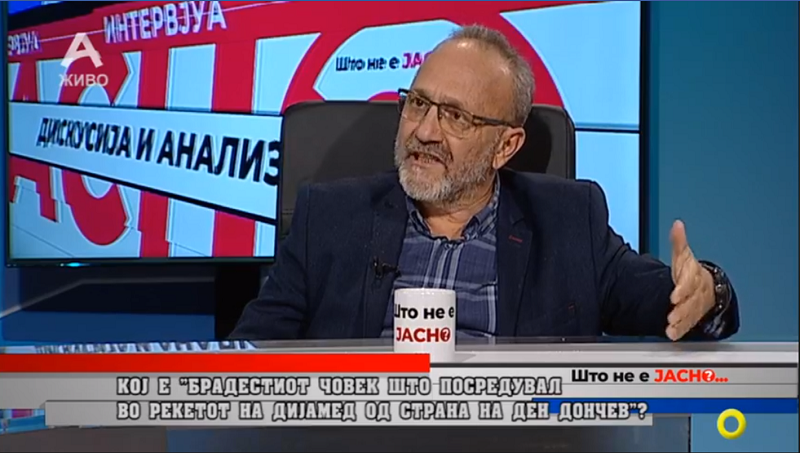 Journalist Branko Geroski, who, with his columns exposed the Racket 1 and 2 affairs, spoke Tuesday on a TV Alfa show about the process of exposing the affairs, threats and pressures on him, as well as being followed by people who have decided to deal with the journalist movements. Although publicly perceived as a journalist who supported the SDSM to come to power, he says he has always been a journalist who has been a critic of the existing authorities.

I was not a strong supporter of SDSM, I was a strong supporter of the idea of change. I’m not married to a set that I will provide my constant support for everything. I am always a critic of the existing authorities, some people do not understand that and so we came to this unwanted conflict, but nothing will change for me and my role as a journalist, Geroski said.

He said that in his columns when he first revealed the Racket 1 scandal he used pseudonyms because he had information that was not backed up by direct evidence and there was a possibility of a serious defocus and instead of the Racket affair, those individuals started dealing with him as a journalist.

I had no direct threats from the current suspects, but I had some unpleasant conversations with those people. I have been under constant pressure from Mr. Kiracovski to explain his position in the whole affair as “Kiki”, and in the end I did, but maybe I was wrong in accepting that explicit plea, which of course made me reluctant. The pressure referred to the claims of my colleagues and politicians that the way I disclose the truth is unprofessional and dangerous which can bring me harm and danger.

Geroski also revealed that he was being followed by a person not known to the public during a conversation with one of the current ministers, with Gersocki reporting the case to the MoI from where an official note was sent to the public prosecutor, but after a month or so, there is no reaction from the authorities.