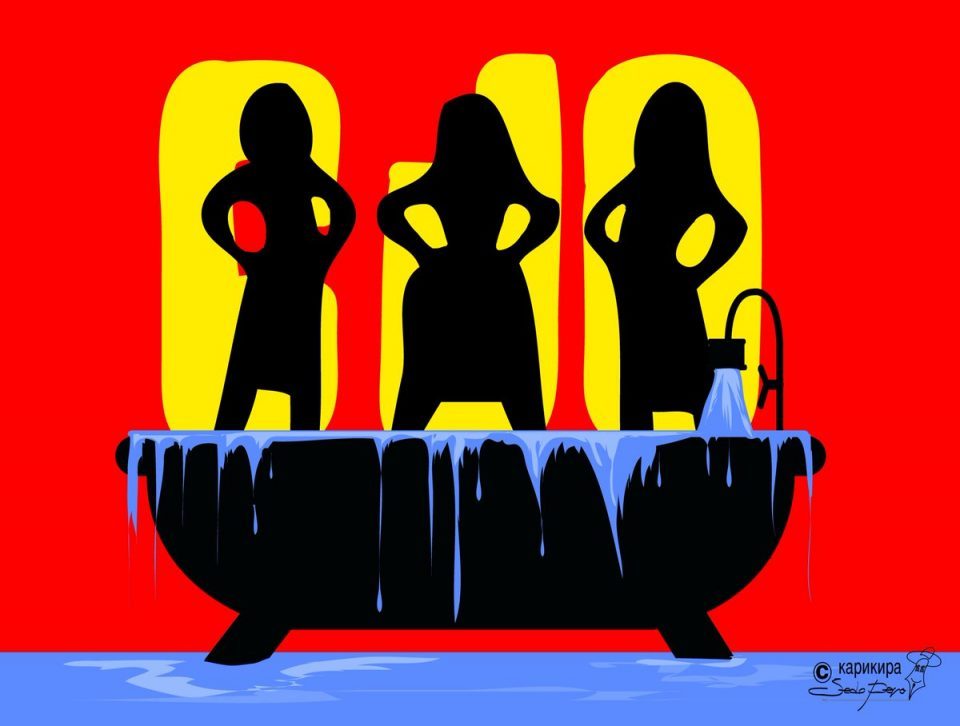 Journalist Branko Geroski, who did much of the work in bringing down Bojan Jovanovski – Boki 13 and pushing Special Prosecutor Katica Janeva to resign, warns that Janeva’s corruption now threatens undermine all SPO cases. Geroski claims that Janeva was at the center of a widespread practice to use the SPO to extort money from businessman across the country, with Boki 13 as a mere intermediary.

The three graces (Katica Janeva, Fatime Fetai and Lence Ristoska) were supposed to use the illegal wiretaps as pointers that would enable serious, deep investigations that would provide actual evidence, witness statements, material evidence, forensics… The Special Prosecutor’s Office was equipped with significant funding and personnel, and for a while we all hoped that this institution will be the face of our new justice. Unfortunately, the SPO seriously failed. True, they opened a large number of cases, but in most cases these were not thoroughly investigated, no quality physical evidence was obtained and this is why we saw the pressure on the courts to accept the illegal wiretaps as key evidence. Just look into the Criminal Code, this means that all cases based on such “evidence” will fail. Additionally, the SPO briefed journalists, in cases such as Empire (the case against Orce Kamcev) with a clear goal to have the defendants publicly sentences before the court sentences them. This is another serious violation of the presumption of innocence and of basic judicial procedures, Geroski writes.

The SPO initiated cases almost exclusively against VMRO-DPMNE party officiails and supporters, which contributed to the toppling of the Nikola Gruevski led Government. The institution froze the property of the opposition party, pushed Gruevski to political asylum in Hungary, imprisoned two and pressures a number of his former ministers and Janeva allegedly even tried to blackmail current VMRO leader Hristijan Mickoski. While doing so, Geroski claims that Janeva was also extorting money from businessmen, using her position as an untouchable prosecutor with serious backing in the international community and in the new, Zoran Zaev led Government. Most of the SPO staff joined a press conference today to insist that, on the whole, the institution has operated honestly, and to also put a lot of daylight between themselves and Katica Janeva, but the shocking investigation threw the motives of all of Janeva’s prior work into question. The scandal comes shortly after evidence was provided to support a long standing allegation by Nikola Gruevski, that the wiretaps used against him were edited and their context warped for maximum political effect.

From what we know, the wiretaps held by the SPO were abused to blackmail the victims. Kamcev is not the only victim. Many businessmen were blackmailed and their names are already being published. Don’t fool yourselves, there is plenty of evidence about this extortion and this has compromised the entire case built against Kamcev, Geroski writes.

Geroski acknowledges that Kamcev, who is one of the richest Macedonians, is seen as a politically connected oligarch, but insists that the way Janeva ran her office has denied him the right to a fair trial in the allegations of money laundering and tax evasion.

Milososki: Zaev knows that whistleblowers are sharing evidence on him

The Smilkovsko Lake massacre, the death of the journalist Nikola Mladenov, the little Tamara from Veles, the murder of Martin Janusev… These are just some of the tragedies that Zoran Zaev abused in the election campaign, when he did not spare people or insidious means to get in office. Today, it is...
Macedonia 10.07.20 | 22:30