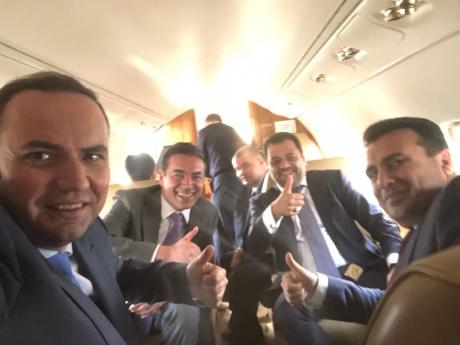 The Government informed that on Tuesday at 10 am, the interim prime minister Oliver Spasovski will hold a press conference in the media center.

At a press conference, Spasovski will talk about Macedonia’s joining NATO and about the new campaign being prepared by the government, but at the press he will not talk about the people getting nothing with the change of the name of the state.

I hear that the SDSM government was preparing a campaign about joining NATO. If we know that one million euros were spent on the last party campaign, it remains to be seen whether they will break their previous record for the most expensive lying. But when it comes to NATO, will they say whether their campaign videos will feature parts of the audio recording of a ministerial adviser ordering the cancellation of a lake concession? And if he does not obey, he will have to resign, and if he does not do it he should “think of his family” ?! “, says Igor Janusev, secretary general of VMRO DPMNE.