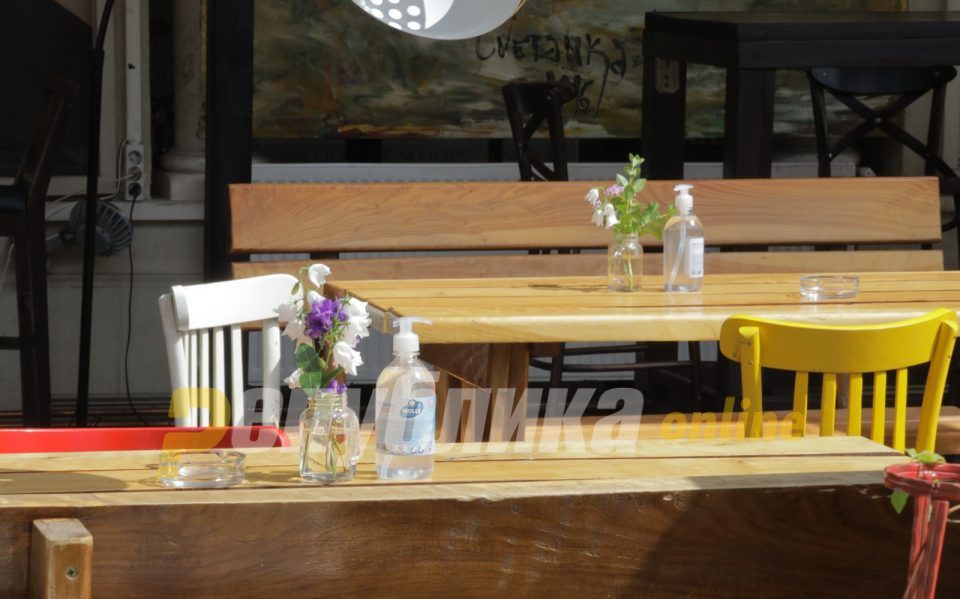 The Government approved a set of recommendations to relax restrictions, as the number of coronavirus cases continues to drop.
The curfew is reduced further – starting on Thursday, it will begin at 24h and end at 4h. On May 12th, the curfew will be lifted for the Muslim holiday of Ramadan Bajram. Macedonia has seen a steady decline in the number of daily new cases (down to the mid hundreds after reaching over 1,500 in March and April) but the number of deaths still remains high, ranging between a dozen to three dozen a day.

Starting on Wednesday, restaurants and cafes will be ordered to close by 23:30. As before, they can only operate in their open patio areas. Exemptions will apply to the airport and hotel facilities that serve food.

Starting on Wednesday, gyms and sports centers can reopen. Gamestores can also open but will be required to follow strict safety protocols. Kindergartens will be allowed to admit up to 15 children aged below two in a class and up to 20 children in classes those aged between 2 and 6.

Employees in the public healthcare system will be allowed to begin using their vacations, provided it does not disrupt the normal functioning of their hospital or clinic. The cities of Strumica, Prilep and Veles are ordered to prepare a mass vaccination site, using a sports hall or similar facility.

The Government also announced it will issue calls for tour guides, musicians, event organizers and other companies in businesses that were hit by the restrictions to claim damages.