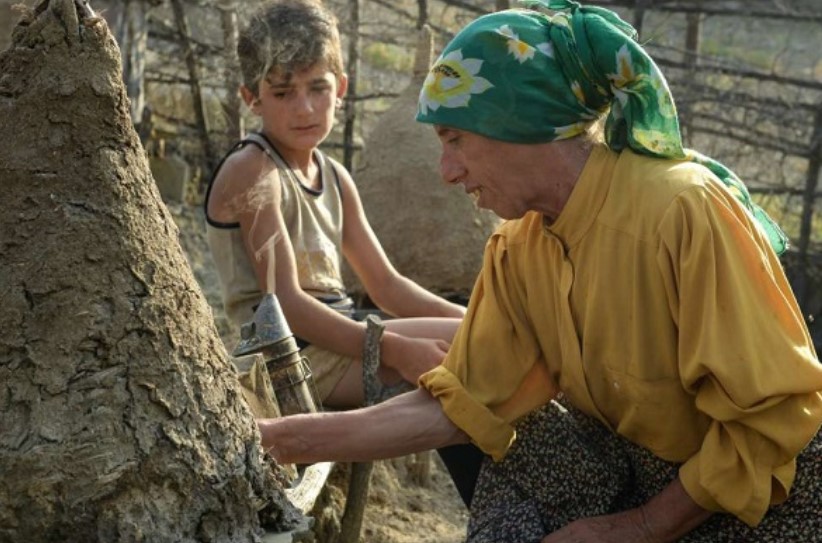 Hatidze Muratova, the star of the Honeyland movie which received two Oscar nominations which got her to the red carpet in Hollywood among the likes of Brad Pitt and Sarah Jessica Parker, is now back in her village of Bekirlija. Asked by a local media outlet, she said that she had her now famous bee hives vandalized recently.

I don’t fear the coronavirus, but I fear bad men. I was in the village of Dofulija, where I’m working on the roof of my new house, but when I came back to Bekirlija I found that someone stole two full hives and 20 empty ones I was preparing were broken up. And it’s going to be a bad year, there’s a lot of wind and that affects the bees. I don’t understand what is it with people that they want to harm others, Hatidze said.

She added that she spends her days planting garlic, potatoes and onions, and that she considers the remote village safe from the pandemic.