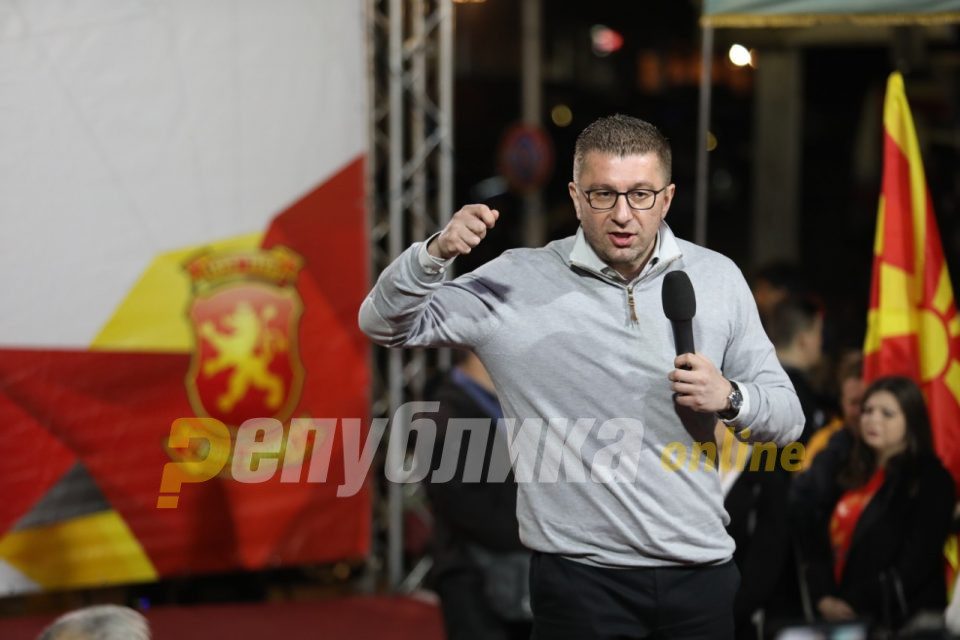 While Prime Minister Zaev says we are shining in the world, the World Bank says the opposite, says opposition leader Hristijan Mickoski.

Contrary to the embellished reality that the government sells through the government machinery, the real truth says that Macedonia is at the last place in Europe, according to the World Bank’s Human Capital Index (HCI). Macedonia is at the 88th place, behind Kosovo, which is at the 80th, Montenegro at 59th, Bosnia and Herzegovina at 58th, Albania at 56th, Bulgaria at 44th, Croatia at 36th, and Serbia on 27th place. Next to Macedonia is Nicaragua, Kenya, Panama and Tajikistan. And better than our country is Sri Lanka, Ecuador and Oman. This analysis measures how much economic productivity countries lose due to insufficient investment in their people. The human capital index shows that a child born in Macedonia today will reach 53 percent of its potential human capital when it grows, compared to what it could achieve if it has quality education and it is completely healthy, emphasized Mickoski.

Macedonia dropped from the 21st place compared to the previous human capital index, which means that the situation worsens from year to year.

What Zaev says is shining, is actually backsliding.

Macedonia becomes a country where the government does not invest in the future of its citizens, which is why there is migration. And migration also creates economic problems.

Devastating data and a devastating picture of the Republic of Macedonia.

This is, unfortunately, the true reality.

So instead of the prime minister singing “Strangers in the Night” at the rallies, it’s time to learn “Wind of Change”, and because of this, and everything else bad that they did to Macedonia the people will sing this song to him on April 21 and May 5 this year.