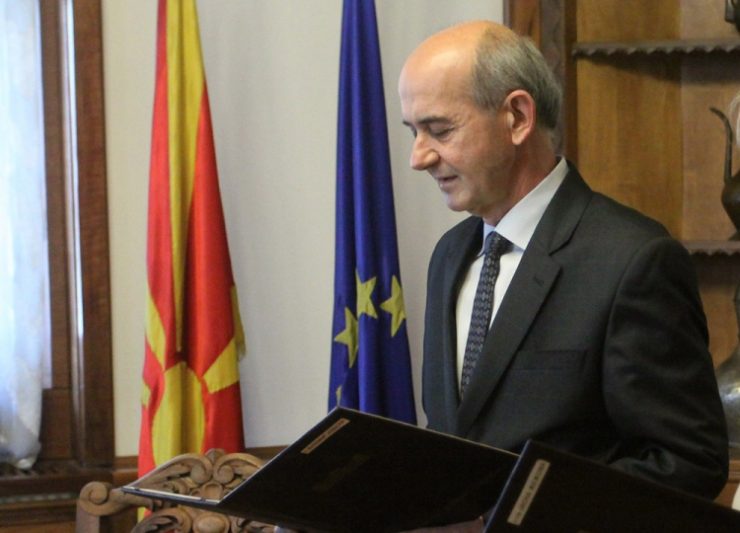 VMRO-DPMNE Secretary General Igor Janusev warned Justice Minister Renata Deskoska and top prosecutors that they will be held responsible for the illegal way in which they are attempting to move the case files from the disgraced Special Prosecutor’s Office to the OJO/PPO office. Minister Deskoska said that, after the files were given to OJO based on an order Special Prosecutor Katica Janeva sent from prison, that there is no more need to engage with the opposition on the proposed new law for state prosecutors.

The law clearly provides that a public prosecutor is removed from his position as soon as an order to detain him or her is given. The chief Public Prosecutor Ljubomir Joveski should’ve made this decision, Janusev said, citing the clause of the law which should have been used to remove Janeva after she was detained.

This was not done, apparently in order to give Janeva time to negotiate a deal with the Government, after which she sent the letters ordering that the SPO files are given to OJO.

You are playing games with the law. Be prepared to be held responsible. This act of lawlessness will not stand and all of you, individually, will face justice, Janusev said.