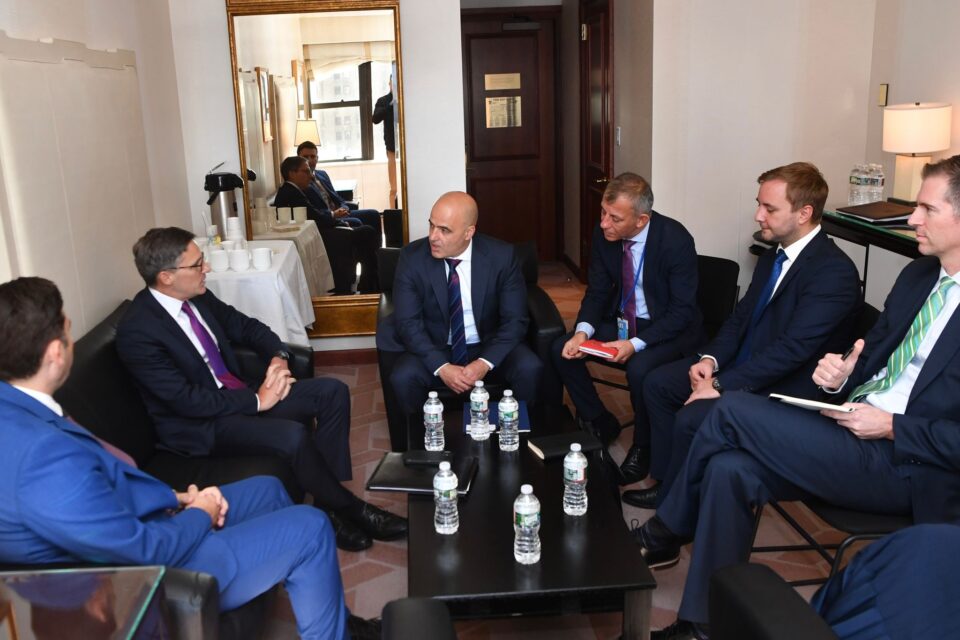 On the sidelines of the 77th session of the UN General Assembly in New York, Prime Minister Dimitar Kovacevski met Friday Derek Chollet, an American foreign policy adviser and author, currently serving as the Counselor of the United States Department of State.

At the meeting attended by the Minister of Foreign Affairs, Bujar Osmani, the strategic partnership between the US and Macedonia was confirmed. It was emphasized that Macedonia progressed from a country that aspired to become a member of NATO, to a reliable, equal, and capable ally.

At the meeting, Kovacevski and Chollet discussed the current energy transition projects and the environment. Both countries reiterated their commitment amid the world energy crisis to increase energy diversification. The United States and Macedonia highlight their commitment to strengthening the partnership in transit and the production of renewable energy sources.

They also discussed the importance of the United States and Macedonia expanding cooperation in the field of educational, cultural, and professional exchanges that encourage mutual understanding between the people of the two nations and reflect common values, aspirations, and goals.

Prime Minister Kovacevski thanked the United States for its continued support, which since 2019 has invested almost 60 million dollars in industry, infrastructure, and innovation.