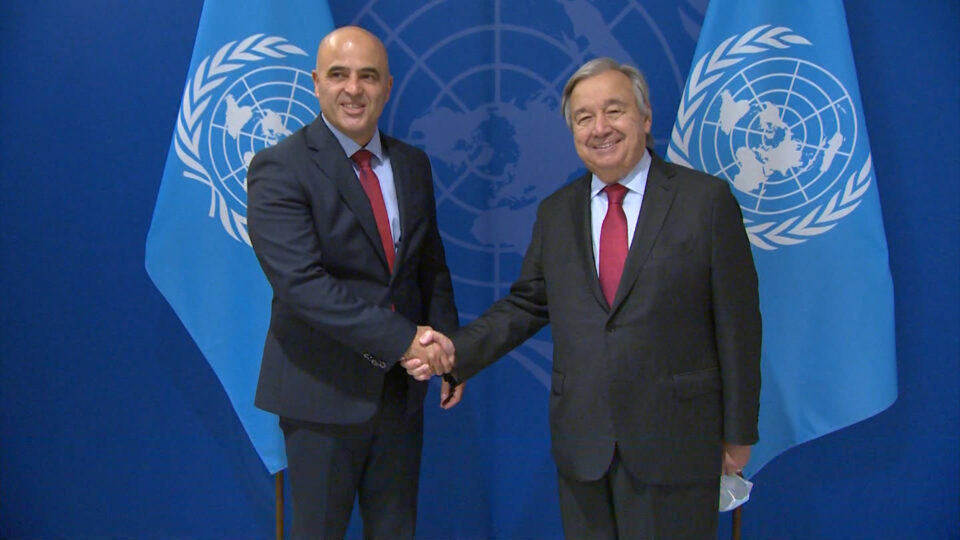 At the meeting, Prime Minister Kovacevski expressed gratitude for the engagement of the UN in the Republic of Macedonia and emphasized that the cooperation will continue with increasing intensity, especially in implementing the new strategic goals for sustainable development for the period 2021-2025.

The Prime Minister emphasized that the engagement of the UN in the Republic of Macedonia is very important for strengthening the country’s capacities in key sectors and for advancing reforms. He expressed hope that cooperation with the UN will continue in the future in order to provide support for our development goals in our country’s European integration aspirations.

Reforms in the areas of good governance, the fight against corruption, reforms in the judicial system, as well as the strengthening of social cohesion, will be the country’s priorities. The goal of the Government is to introduce important changes in the lives of its citizens, to improve the legislation, to strengthen the capacities and efficiency of the institutions, the Prime Minister pointed out.

The meeting confirmed our strong commitment to strengthening the role of the UN in dealing with global challenges such as Russian aggression against Ukraine, climate change, and lack of food. The Government of Macedonia, as indicated, is fully committed to the implementation of Agenda 2030, which refers to the goals for sustainable development of the UN and its integration into national strategic documents and plans.

At the meeting with Secretary-General Guterres, Prime Minister Kovacevski also expressed interest in the increased participation of our country in the peace operations of the United Nations. The Republic of Macedonia, noted Kovacevski, is an active partner of international anti-terrorist coalitions and will continue to contribute to international efforts to fight terrorism.