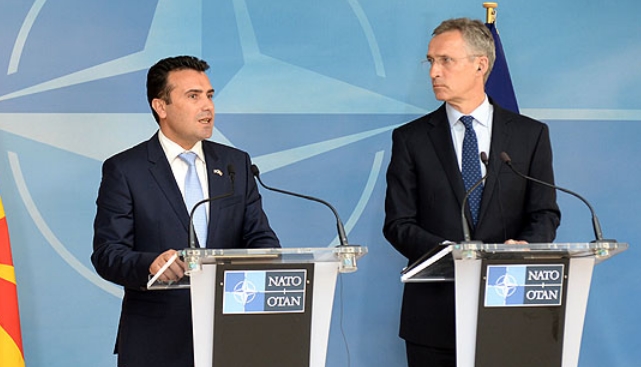 NATO Secretary General Jens Stoltenberg has said that the ceremony for the signing of the Accession Protocol with Macedonia will take place on February 6 in Brussels.

“On 6 February we will write history: NATO Allies will sign the accession protocol with the future Republic of North Macedonia together with FM Nikola Dimitrov,” said NATO Secretary General Jens Stoltenberg in a tweet.

With the ratification of the Prespa Agreement in Macedonia, and then in Greece, the last obstacle to the country’s membership in NATO has been removed, almost eleven years after the Greek blockade at the Bucharest Summit in April 2008.

The signing ceremony will take place at the NATO headquarters in Brussels, in the presence of Foreign Minister Nikola Dimitrov. Twenty-nine ambassadors of member states will sign the protocol, after which Macedonia will be able to participate in all “key formats” of the North Atlantic Council.

After the signing of the accession protocol, each NATO member country will have to ratify Macedonia’s membership, a procedure that can last a maximum of two years, although the expectation is that it should be locked at the beginning of 2020, maybe already towards the end this year.