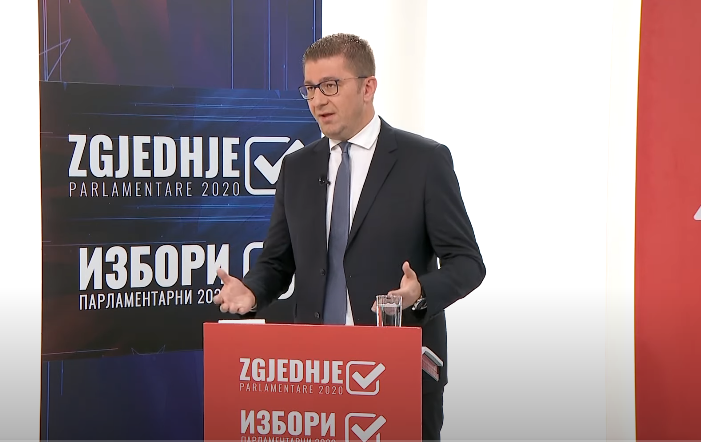 The leader of VMRO-DPMNE, Hristijan Mickoski, said in an interview with “360 Degrees” that the polls that are being published regarding the election result are irrelevant.

I think that after July 15, many of the houses that conduct these polls, in terms of political interviews, will be ashamed, lose their credibility and many of them will cease to exist because it will really be the opposite to what you actually see, Mickoski said, adding the after July 15 everything will become clear.

Mickoski pointed out that he distances himself from the polls, and is committed to the essence, and the essence, as he said, is that the people are in the mood for change and want change.

Rescuers are searching for a man who yesterday fell into the Vardar river at the village of Belestevica near Veles. The man was helping pull a vehicle of the EVN energy company that was stuck in the river with his tractor when he was carried out by the swollen river. The incident happened on Thursday...
Macedonia 07.08.20 | 16:53