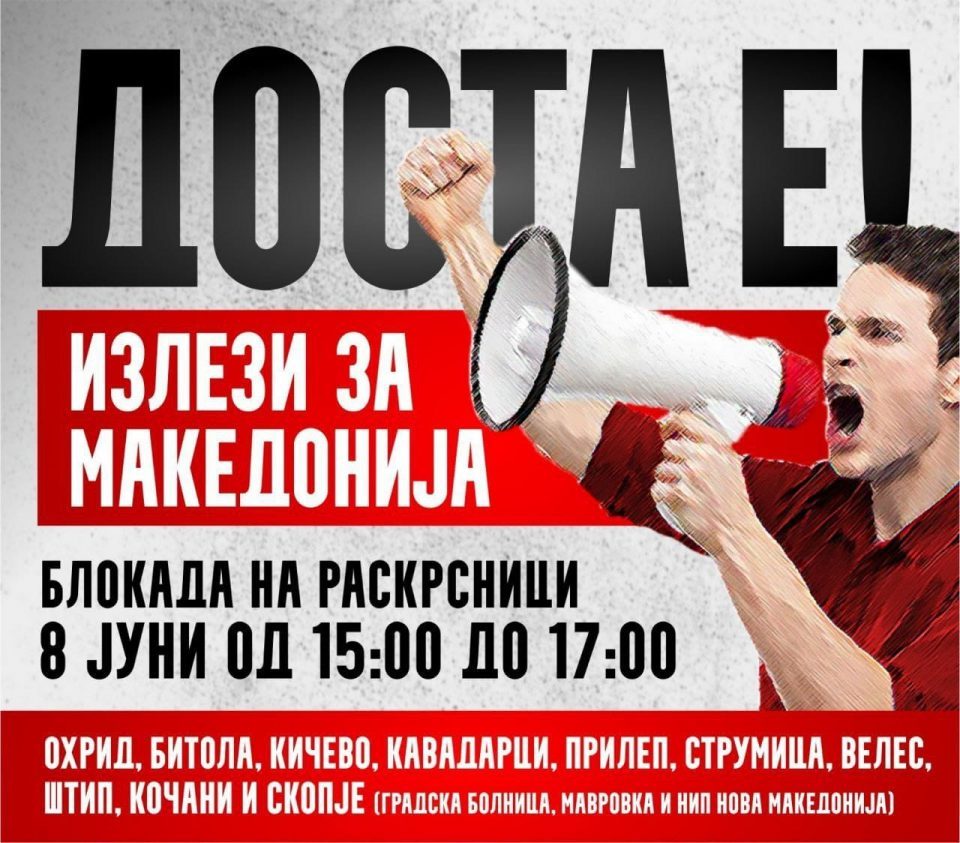 As a sign of warning, VMRO-DPMNE starts Tuesday with protests and blockades in Skopje and 10 other cities.

According to party announcements, the blockades will take place from 3 pm to 5 pm, and will include key infrastructure points in three locations in Skopje, and in Ohrid, Bitola, Kicevo, Kavadarci, Prilep, Strumica, Veles, Stip and Kocani.

The party’s leader, Hristijan Mickoski announced on Monday that the party starts with such activities due to, as he said, the secret negotiations that the Zaev – Buckovski duo are holding with official Sofia, and refer practically to the future of Macedonia and European integration process of the Macedonian people, nation and state within the European Union.

Mickoski: VMRO-DPMNE to block streets in Skopje and 10 cities in Macedonia