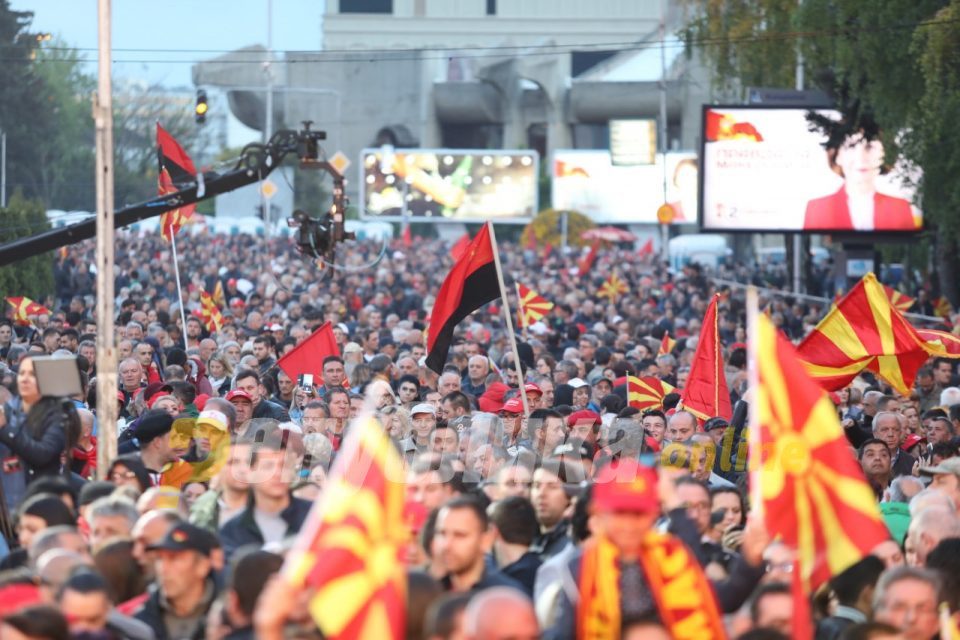 VMRO-DPMNE leader Hristijan Mickoski said Tuesday on TV24’s “Otvoreno” show that VMRO-DPMNE demands early elections and that the difference will be at least 100,000 votes.

Mickoski said the party’s position is clear, ie that immediately after the European Council’s decision whether Macedonia will or will not receive a date for negotiations or some form of conditional or so-called conditional date in order to check that everything what the government is saying that the situation in Macedonia is shining or not or what VMRO DPMNE is constantly saying is that the SDSM brought everything except the promised life.

Mickoski said that after this parliamentary elections and technical government should be organized to check who is telling the truth. He added that this is the right way to give citizens a report of what has been done.

He added that according to all the real polls, VMRO DPMNE’s advantage would be at least 100,000 votes in favor of VMRO DPMNE.

Mickoski congratulates “Honeyland” team on Oscar nominations: Macedonia is promoted with deeds, and we are proud of you!